Are you job suffering at your own hands? Stop the persecution with these tips. 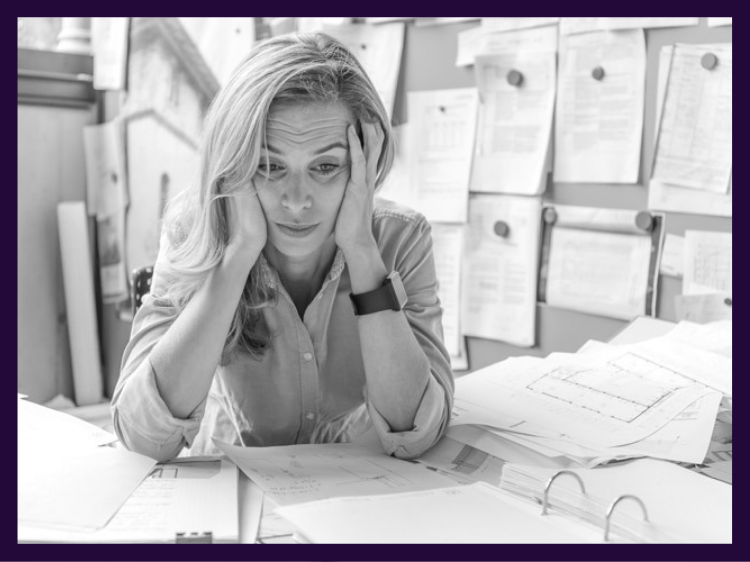 You are more than your job.

If you’re feeling consumed by your job but refuse to loosen your grip on your duties, take a moment to ask yourself why. If your answer has less to do a need for accomplishments and more to do with fear of being seen as disposable, there’s a chance you’re a work martyr.

Work martyrs are a close relative to the office workaholics. They are employees who work themselves to the bone because they believe they’re the only ones in the company capable of doing their job (and they hope their boss notices). Furthermore, work martyrs think they’re too valuable to the company to take time off.

And even though there are plenty of indications that being a work martyr isn’t good for your health, your relationships or even your paycheck, a study by Project: Time Off says 39% of employees hope their bosses see them as a work martyr.

If more than one of the following five traits can be used to describe you, your odds of being a work martyr are high. It’s time to stop persecuting yourself—or maybe to find a job where you don’t have to suffer so that you feel valued.

You pressure yourself to be always available
“Work martyrs often confuse ambition with numbers of hours on and off the job, and 24/7 availability, as their metrics for accomplishment,” says Roy Cohen, New York City-based career coach and author of The Wall Street Professional’s Survival Guide.

If you feel a constant need to show your boss and co-workers that you’re clocking hours—whether that’s getting on Slack while on vacation, responding to an email at 1 a.m., or coming to the office on your off day—you’re a textbook example of this ailment. And you should know that rather than boosting your career, you’re hurting yourself by setting expectations of your availability so high that you’ll be caught in an endless repeat of the pattern.

The fix: Reprioritize and focus on the most critical agenda items—those that matter to everyone at your company. Make sure you are clear on your boss’ priorities and align your work with that list. Your time spent working on top-line items will be recognized and valued by all because ultimately it’s quality of work that counts, not the number of hours worked.

As for the rest of your tasks, ask your boss what you might leave off the to-do list until you have more time.

Finally, set some off-hours for yourself that you can live with—for example, maybe check your email once after dinner if you must, then avoid looking again until morning.

You’re often stressed out
In the Project: Time Off study, work martyrs more commonly reported feeling stressed at the office in comparison with their counterparts. Since work martyrs typically sacrifice their physical, emotional, and psychological needs for the job, high levels of work stress can ensue, contributing to poor health, poor decision-making and job burnout.

This stress can manifest itself as headaches or insomnia, or even more frequent inflections if your stress hormones are high enough to suppress your immunity. “The truth is that work martyrs often look, and are, unhealthy,” Cohen says.

The fix: Exercise is a great stress buster, so make it a regular and sacred event. For example, maybe eat lunch at your desk and take a power walk with a co-worker who will help keep you accountable, or consistently attend a cycling or yoga class on your way home from the office.

Cohen says other ways to reduce work stress include; picking up hobbies—such as meditation, gardening, or tennis— as they are positive interests that you can direct toward your obsessive personality.

You don’t fully trust your co-workers to do their jobs
Is one of the reasons your job is so time-consuming and stressful because you’re basically doing the work of another person, or two, or three? You need to assess why your plate is so full, and whether it’s a problem of your own making. It’s one thing if you’re taxed because your boss hasn’t been able to replace Susie since she quit six weeks ago, but if you’re doubled up when there’s another person who’s supposed to be doing the job, that’s quite another.

A work martyr believes herself to be the only person at the company who can do her job, and often thinks she can do other jobs better than her colleagues.

Regardless of whether your feeling of self-importance is legit, it’s likely counterproductive. You’re enabling your slacker colleague. You’re insanely busy. And you’re probably irritating your colleagues—even the ones whose work you’re doing.

Work martyrs often need to gain esteem by being in the victim position, says Ilene Marcus, C.E.O. of Aligned Workplace in New York City and author of Managing Annoying People. “Their intent is to get noticed, and they will annoy others to no end with their tales of workplace drama,” Marcus says.

The fix: Instead of flying the martyr flag, do this: Smile, take a deep breath and ask a co-worker, unapologetically, “Hey, can you please help me with X?”

“It’s like diving in a cold pool or starting a diet,” Marcus says. “It’s never an opportune time. You just have to start.”

If you feel you need help getting comfortable asking for support, try talk therapy—it could help not only with work issues but also with understanding other parts of your life in which you might be taking up Slack for others. If guilt is your constant companion, therapy could also teach you how to enforce boundaries and let go of problems and tasks that weren’t even yours, to begin with.

You think asking for help makes you seem inept
When was the last time you told your boss you were underwater and needed help prioritizing? If you can’t remember, that’s not a good sign. According to the Project: Time Off study, work martyrs tend to get less help from colleagues or their boss, even when they need it.

You’re probably falsely equating asking for help to slacking off and/or incompetence. Or maybe you think you have something to prove by handing everything, seamlessly, with a smile on your face. You don’t.

In either case, you’ll probably drive yourself toward drowning by not sending out an S.O.S.—it could lead to the boss thinking, “If Sam can handle this load of work so easily, why not give him more?” Plus, here’s a reality check: Bosses respect people who put quality first and recognize when they are being pushed to the limits of delivering quality work.

The fix: Ask your boss if you can enlist a co-worker to help you with routine tasks so you can focus on prioritized tasks, says Linda F. Williams, a life coach in Grand Rapids, Michigan, and author of Whose Apple Is It, Anyway.

Diane Gottsman, a business etiquette expert, owner of the Protocol School of Texas in San Antonio, and author of Modern Etiquette for a Better Life, seconds this approach of seeking a way to off-load some duties.

“This allows co-workers to feel invested and collaborate with you on how to better achieve your goals,” she says. Plus, it lets your boss know you may be overtasked.

Also, make a regular habit of running through what you’re working on with your boss. As part of the agenda, note which things you’re going to prioritize and say, “If I have to let something slide to accomplish X, do you agree that it should be Y?”

Your extra efforts don’t seem to pay off
So you’re putting in 60-hour weeks and haven’t seen a vacation day since 2017, but you’ve crossed everything off your to-do list. Are you feeling happy? Are you doing it all because you want to? Has anyone else expressed happiness at all that you’re doing? Have you gotten a raise or promotion in the past year? Do they recognize your efforts to go above and beyond?

The Project: Time Off study says work martyrs’ added efforts often fail to translate into them earning as much money as co-workers who take their vacation time, work regular business hours and create proper boundaries with their personal life.

So take a hard, critical look at the results of your efforts. If there is not a fair return on investment for the extra blood, sweat, and tears that you’re putting in, you’ve got a problem. And others may not be seeing you in the best light either. “When you appear to spend more time than everyone else, and you have not necessarily accomplished significantly more, you may be seen as deficient,” Cohen says.

The fix: During one of your regular run-throughs with the boss come prepared with a list of your accomplishments and ask if she has a moment to discuss your performance. If she’s thrilled, ask about the possibility of a raise or a promotion. If you don’t ask for it, you won’t get it.

If she’s less than thrilled, ask if she can help you draft work goals that will lead to advancement, and remember that a bump in compensation is most likely going to result from showing that you know how to manage your time at the office, while also being able to use your vacation days.

Get some help getting out of there
If all your efforts to relieve yourself of the work-martyr badge fall short, it’s time to look for a new job, one where your hard work will be appreciated and rewarded, and you won’t have to suffer in vain. Could you use some help? Join Monster for free today. As a member, you can upload up to five versions of your resume—each tailored to the types of jobs that interest you. Recruiters search Monster every day looking to fill top positions with qualified candidates, just like you.

Additionally, you can get job alerts sent directly to your inbox so you can apply as soon as something catches your eye. There’s no reason to wait another agonizing day. Let Monster help you put the wheels in motion now.