6 Questions To Ask Before Accepting That Internship

Accepting That Internship Desperate for a foot in the door, try not to get screwed over. 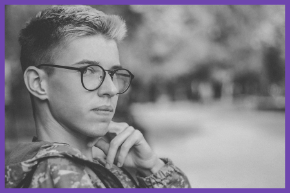 Nauseous from the “no experience/no job” run around? An internship could end that miserable cycle. Gives you a chance to work for a company as a sort of trainee. Then boom, you’re employable!

Hopefully, you’ll be shown the ropes and given chances to build skills. Except it doesn’t always work that way. Some employers provide short shrift to interns. So it’s caveat emptor (that’s Latin for buyer beware, schoolkids).

Ask a bunch of intern-specific questions when being interviewed, plus the standard probes. Might be your only chance to not get sucked into a bogus role.

1. Ask If This Internship’s Paid Or Unpaid
Regular jobs pay you for your work. Internships might not. It depends if they’re training that’s part of a secondary, post-secondary, or professional program. If so you probably get bupkus. Otherwise, expect minimum wage.

2. Ask Who You’ll Be Assigned To, And If They’ve Ever Worked With Interns Before
Like being a guinea pig? That’s what you’ll be with a boss who’s never managed, interns. Or underlings. (Or whose parents wouldn’t let them have a guinea pig.)

Mind you; it might not be wrong. That supervisor may try extra hard to ensure you get the most from interning. Gives them an opening to show they’d make a good leader. Or not. At least you’ll know their history ahead of time.

3. Ask What Procedures Are In Place To Ensure A Positive Intern Experience
Sometimes an employer begs for interns because they see it as free labour. Then they work the poor saps to the bone. Or have little prepared to help the suckers succeed.

Expect an answer that describes a process and resources which enable the intern. Lack of these could be a blaring foghorn of warning.

4. Ask What Sorts Of Previous Interns Fit In Best
Let the interviewer blurt about who they’d prefer to hire. Do you match the picture they paint? If not, think about whether you could twist yourself into that kind of person, or be your unique self and still fit in enough.

5. Ask If Any Of Their Previous Interns Were Offered Jobs There
It isn’t a deal-breaker if they’ve never hired their interns into regular jobs. You’ll be recruitment-ready afterward, regardless. Nice to know though if that opportunity exists. Now keep on nailing the internship interview.

6. Ask Someone Who’s Interned There About How It Went
Pull your insights about the employer straight from a horse’s mouth. Contact a current or former trainee of theirs. See if they’re willing to spill.

For an existing circle of contacts skim your school’s alumni association members. Also, check if the company’s employee vids feature any interns. Search LinkedIn, as well.

It’s no guarantee you’ll get the straight goods. That’s why asking those questions, and listening for what’s said (plus what’s left out) is very important.