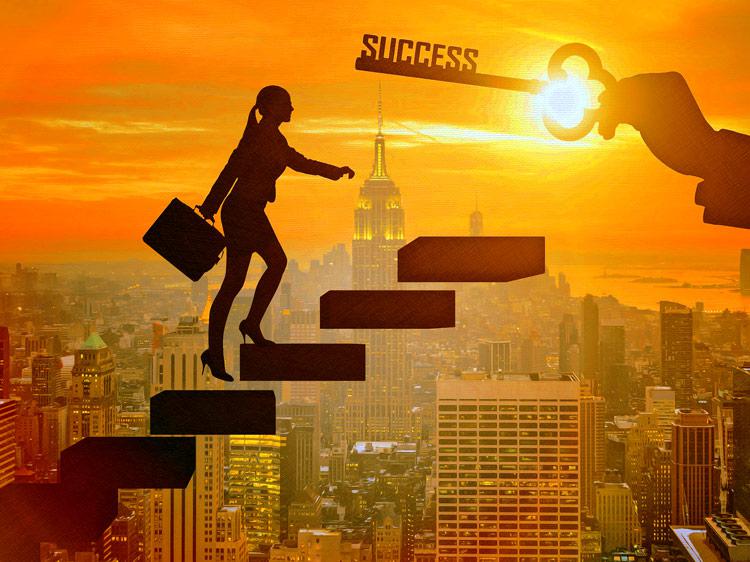 As a low-ranker, it’s common to freeze up when first meeting an executive. Here’s some advice for making a good impression.
Three days after the tragedy of 9/11, I found myself suddenly face to face in an elevator with our company’s CEO, leader of 40,000+ employees, at one of Canada’s top five banks. Just 72 hours earlier every person in that downtown Toronto skyscraper had been evacuated, as a precaution.

It’s hard to imagine how sombre this lift trip was. I couldn’t stop thinking about the man’s New York colleagues and friends, some of whom had been forever affected by the attack. Nor could I shake how weighty it must be for him to carry on, to continue setting an example of resilience.

You Never Know When
Typically you might expect to pass by senior staff in the hallways, or see them at higher level meetings and company-wide gatherings.

The odds of someone at my level bumping into someone that senior back then, and riding nearly 60 floors alone together, was very low. Yet there we were.

The entire time my mouth was dry as a desert. Wanting to say something comforting. Conveying my awe at his burden. What I managed to voice – only moments before my floor arrived – was that I felt for him, and for the people he knew were impacted and that I was glad it was him who would be leading us through the aftermath.

Try Not To Let Nerves Overtake You
Note that it took me nearly a minute to speak. Granted the circumstances were extraordinarily sensitive. In part, I was petrified of being inappropriate. Also, what could I possibly say meaningfully to someone in his position?

What I finally realized is I didn’t have to conjure words of wisdom at all. Whatever I expressed, so long as it was heartfelt, would come across as genuine and supportive.

It’s unlikely your first encounters with executives will be that fraught. You have the advantage as well as preparing in advance, to treat these as brief networking opportunities.

Figure Out Who’s Who
A first step in being prepped is to identify your company’s leaders. I happened to recognize that CEO because he’d been on the cover of many bank and business publications.

You can ask around, or use the internal org chart, to pick out senior staff. Then look them up on social media. LinkedIn is a professional directory of people, where you can read their bio. Consider Following them as well to see their posts. Same on other social media.

For each potential leader, you may one day meet, try to pick out at least one point of interest in their background. It can be applied in the next step.

Think Of What You Might Say Or Ask
What happens when a VIP appears? You should have a rehearsed conversation starter. Recognizing them gives you a head start. Approach them in a friendly yet business-like way. Don’t interrupt if they’re in a conversation.

Introduce yourself with a ten-second opener: your name, position, how long you’ve worked there, and your boss’s name. After they acknowledge you, maintain the momentum. Offer a quick thank you for the opportunity to work there; or mention something in their background that caught your eye, or say you’re pleased to hear about something good that is happening in the company.

Attempt To Build A Bridge
Fleeting contacts can be turned into important meetings. The exec may ask you to tell them more about yourself. Use your memorized 30-second introduction (they do not call it an elevator speech for nothing).

Given how busy upper management is, maybe suggest the two of you get together later at that person’s convenience, for a 10-minute chat. It’s an excellent in. Just make sure you let your boss know.

Running into the leaders at a large company or smaller one may, or may not, happen with notice. Simply be respectful and say one thing that opens the door to conversation.