Be selective about who you maintain contact with when busy seeking employment. 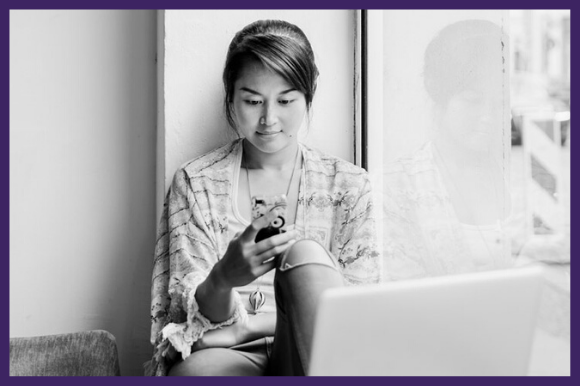 In an intense search for work, you (hopefully) run into a boatload of people. Many you’ll only encounter online, others face to face, and a handful turnout was vital to your hunt. The rest, less so.

Since you’re stressed out and dog tired, which ones do you bother staying in touch with?

Read these guidelines to help you decide. Choose well who to keep in the loop vs. those you’ll ghost by cutting off unannounced.

Who It’s OK To Ghost

Do you know how lots of employers say they’ll get back to you but never do? Without a word, they go silent. You’re wondering what the heck happened. That’s “ghosting.”

There are people you might want to handle likewise when job hunting. Let’s start with companies that treat you like crap in their recruiting process — interviewing you unprofessionally — keeping you waiting endlessly in the dark — no need to let them know before blocking their texts and calls.

Also, cut off anyone who could help you but turns you down flat. The self-absorbed doesn’t deserve courtesy. Neither do so-called helpers who repeatedly fail to fulfil promises.

Who To Stay In Touch With

What’s the opposite of ghosting? Let’s call it “guesting,” where you communicate with people as if they’re welcome guests in your job search (‘cause, um, they are). This is who qualifies.

People Who Help Along The Way

You never know who’ll do you a good turn as you doggedly look for employment. It could be a new networking contact who gives you a tip on who’s hiring. Or a casual friend that lends an ear right when you break down and vent.

Anyone who goes out of their way to support your efforts has earned a follow-up thank you. Send a grateful text or email. Shout them out on social media as someone who’s done a good deed.

Staff You Meet Via A Recruiting Process

You may bump into a bunch of people during a company’s hiring cycle. Maybe you’ll make nice with a third-party recruiter, an HR staffer who screens and interviews you, the actual hiring manager, plus other workers there who subject you to a beauty parade.

Send each one of them, thanks if things don’t pan out, your note of gratitude’s a classy gesture and a reminder of your wonderfulness. Also, you may end up re-applying to this employer later. So keep their key people up-to-date on your status.

Hate it when a company’s about to hire you yet suddenly turns unreachable? The opposite’s correct for them if you disappear as they’re in hot pursuit.

For lower-level jobs where there are many employers, ghosting suitors probably won’t haunt you. With higher positions or with few companies to work for, your rep is worth retaining. Who wants to be known for rudely rejecting an offer by not responding? Or worse, having possible legal troubles from accepting an offer then not showing up.

Going Noiselessly Into The Night

Ghosting and guesting are reverse ways to manage job search messaging. Use them selectively and filter out unwanted drains on your energy.

You’ll need every ounce of juice as you apply for desired positions, which Monster posts plenty of every day. Search Monster now and find the right fit for you today.