How To Be An Office Rockstar 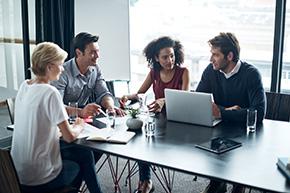 You want to stand out – but not for the wrong reasons. Succeeding at work requires attracting positive attention. You want to be a showstopper and memorable. Whether you're delivering that plum project, applying for a coveted promotion, or interviewing for that dream job.

It’s like the Grammys. You’ve got to be unforgettable, brilliant and the best with whatever tune you’re singing and on the red carpet too. Showcasing your top talents and style helps get you the prize and be a workplace wonder.

When you shine, you’re investing in your future. Kesha stole the show at the 2018 Grammy Awards when she performed her powerful ballad Praying, alongside a group of female artists. She won hearts over and built solidarity in her moving tribute to #metoo, adding to her solid reputation and creating positive relationships.

Taking initiatives, building rapport and being proactive is critical to standing out from the masses, and gaining colleagues’ support and that of managers too. You can’t do it alone. Having a strong network of fellow professionals who know you, trust you, and believe in you will help you shine on the work stage.

In today’s distraction-filled and competitive world, many of us run the risk of having our voice drowned out. Boosting your career requires creativity, enthusiasm, and self-assuredness. Millennial music maker Alessia Cara has that pop. The winner of Best New Artist – first time for any Canadian – accepted the award saying that she’s been “pretend winning” Grammys in the shower since she was a kid.

Believing in yourself will have others believing in you and your high-performance mindset. You just can’t be boring. Being like the next guy or as good as the guy next to you just doesn’t work. You have to get focussed and be authentic and energizing like singer-songwriter Cara. That’s if you want to Stay, a collaboration with Zedd, or suffer a River of Tears.

It’s best to flaunt your strengths so you’re well recognized for your invaluable assets and that’s all about making it a 24K Magic performance. While Bruno Mars swept the Grammys, with six trophies in all including his album 24K Magic and hit song That’s What I Like, be sure what you’re displaying is what they (management) like. Show off but be subtle; make your expertise undeniable with up-dated skillsets so you can outmaneuver the competition.

Reliability is critical to staying in the limelight. Being a no-show won’t have you called back – sure, you’ll stand out but not in a good way. Sheeran was a no-show at the Grammys where his ÷ (Divide) single beat out some of the most powerful female singers, including Pink’s empowerment anthem, What About Us and Lady Gaga’s amazing love ballad Million Reasons.

Sheeran aside, not being reliable and dependable is the kiss of career death for most of us. You may be able to come up with a million reasons why you were a no-show for a meeting or even being late, but in this competitive climate, you’re going to lose fan support. Unreliability costs businesses and erodes professional reputations. No one gets ahead by appearing uncaring, self-centred, disrespectful and inefficient.

Getting noticed requires commanding attention. Lady Gaga’s outfit screamed elegance as she strutted across the red carpet in a black-lace Armani Privé dress. On the other hand, the frills killed the thrill of Pink’s power. The layers of feathers on her strapless gown made for an unflattering silhouette and attracted attention for all the wrong reasons. Elton John’s sequin jacket is best forgotten too!

While Grammy dress code is a free-for-all, be sure you get the company culture and fit in with the team when it comes to office wear. You don’t want colleagues laughing when you leave the room, so be sure your wardrobe signals aren’t your own worst obstacle or end up ruffling management’s feathers.

To manage up and promote yourself takes hard work, dedication, and strategy, but that’s not all. Being likeable is a huge part of standing out. According to a study from Northwestern University, if you’re after a job it’s all about whether you charm a prospective employer with your sparkling personality.

Apparently, employers are more focused on hiring someone they’d like to spend time with than finding the most qualified candidate. “Employers really want people who they will bond with, who they will feel good around, who will be their friend and maybe even their romantic partner,” reports study author Lauren A. Rivera.

Well, that can be music to your ears. Even superstars generally need to be likeable to keep their brand relevant and generating loyalty. So to get in the spotlight and stay there, be bright, be brief, don’t bore – and always leave them wanting more.