Top 7 Signs Your Employer Is In Trouble 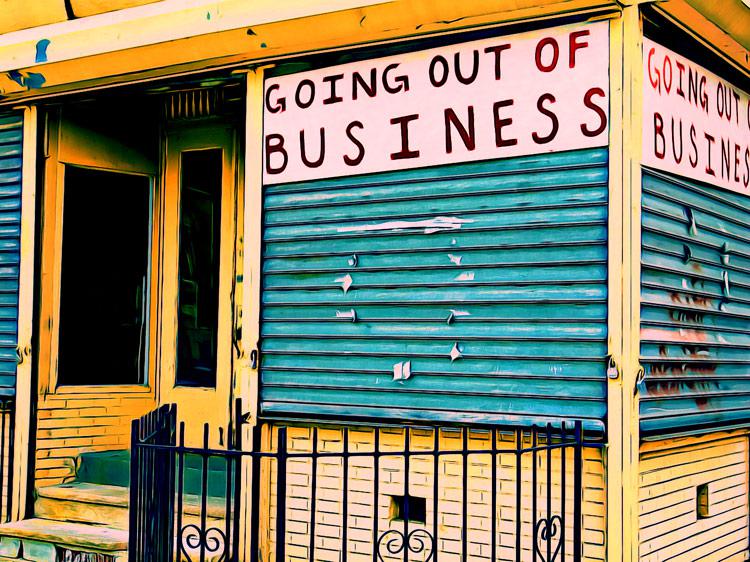 Figure out your company's fate before it's too late!

Companies in distress may try to hide it. Doesn’t take Sherlock Holmes to spot the clues.

When working for a nosediving company, would you rather wear a blindfold or x-ray specs? With the blindfolders, going ostrich does the trick. See no evil, hear no evil, blah blah. X-ray peeps look deep into the malaise for signs to scram.

Clues about the employer’s health mount like a pile of yellow flags. Then red ones. Then ones blaring “Damn it, are you INSANE?!”

Thing is, at some point, you have to choose whether to bail or bear it. So at least get wise to the distress flares.

Cutbacks!
Reductions are a solid hint that an employer’s sucking wind. First, they take away the free Twinkies. After that comes a hiring freeze. Topped off by no more raises or bonuses. When dearly downsized spin the revolving door off its hinges, your loyalty (or complacency) will be sorely tested.

Key Targets Are Missed. Again.
Some folks jump the gun here. A single crap quarter of sales, or of “negative profitability” (read: blood-curling losses), and it’s panicville. Chill. Takes two or three miserable quarters in a twelve month period to kill a small business. If the company’s gone public, its plunging stock price is its thermometer.

Freakish Franticness Or Sudden Slowdown
Big changes in demands for productivity, or an unexplained pace race, could be dark harbingers. Abruptly, management’s agog over output. Results are all that count. Boost sales. Shave costs. Do more with less. It’s like a frenzied going out of business sale. Everyone’s pulling double duty, handling ghost work left by unreplaced staff.

Or the opposite occurs. Customer demand drop-off means fewer new projects. Dried up funding handcuffs activity. If things slow to glacial it might be the prelude to a meltdown.

A Hostile Takeover
Even when companies agree to be merged or acquired as equals, job loss is nearly inevitable. Times that by a gazillion when the takeover’s hostile, and your employer’s the prey.

Financially desperate companies may seek grasping acquirers. Or bring in investors (as partners or corporate Directors) who don’t fit the culture and values. If you get canned under those circumstances, your resume should emphasize the restructuring.

More Telltale Signs
Management is freaking. Executives are meeting like crazy. Information for grunts throttles to a trickle. The boss becomes inaccessible. Moodier and tenser too. Everyone’s getting nervous.

Stars quit. Part of being top talent is staying vigilant. Prime performers are often first to detect early indicators of bad news. Don’t get in their way as they rush the exit.

Look Out For Tangled Tracks
Failing employers are slo-mo train wrecks. At first, a few sparks fly. By the time wheels leave the rails and compartments collapse, it’s too late.

Don’t be a stranded rider, unless that’s what you want. Read the signals. Watch for warnings. Not all lead to total derailments. You just want to be ready to update your resume and buckle up for the bumpy ride.