What to Do When Your Colleagues Are Jealous Of You 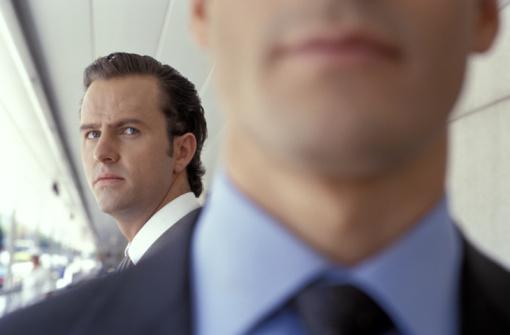 Did you recently get a promotion? Or maybe a raise, public praise from the boss…anything that puts you above your peers. If so, some colleagues who got less than you might be jealous.

Their behaviour toward you could change. Giving you the cold shoulder, or even turning antagonistic. Sarcastic remarks like “Must be nice” are said to your face.

Now you need to handle that envy while continuing to progress. There are active and passive ways to go about it without making matters worse.

Save the Bragging For Outside Of Work

Sure you toiled hard to earn recognition. You deserve to be proud of your achievements. Be careful though not to come across as arrogant. Boasting will raise the hackles of covetous co-workers.

That’s not to say you shouldn’t advertise your success (at work, on social media). Just keep it factual and simple. A measure of modesty can blunt potential criticism.

On The Other Hand, Don't Apologize

It's natural to feel humbled by a wonderful career development. But those who didn't get rewarded don't want to hear how undeserving you feel. Chances are they might agree, and start pointing out your perceived weaknesses.

Offer To Teach, Not Ridicule

It isn’t fun to be resented for doing well. You might be tempted to lash out and say “Hey, if you just did your job and learned to play the game, you wouldn’t be so overlooked.” Not an endearing tactic.

Instead, offer helpful advice to those who seem most resentful. Explain how you figured out the ropes. Make suggestions on how they too can improve their skills. After that it's not about you anymore – it's about them developing their own career.

To counteract envious frenemies and detractors, build strong allies in the right places. They’ll be your supporters when push comes to shove. Also they can open doors for you and give your requests for project assistance priority.

Not everyone you work with will celebrate your prominence. So stay focused: you’ve achieved recognition because people who dole out rewards appreciate you. Worry less about what jealous teammates think and keep your eye on decision makers.

Envy can drive some people to behave badly. You may become the victim of gossip, exclusion, or sabotage (either subtle or in-your-face).

Serious offenders should be spoken to discreetly. Say to them, privately, “I’ve noticed a rift between us and I wanted to see where you’re coming from.” This way you encourage them to speak honestly without triggering defensiveness.

If necessary, highlight the fact that their conduct may damage the team’s overall performance. Offer to cooperate on coming up with mutually agreeable ways forward.

When your star is rising, the jealous might feel left behind. Meanwhile you’re gaining the power to make them feel included. What if you were to reach out and acknowledge them?

You could compliment their efforts during a cubicle walk-by. Or give them a shout-out in an email, on social media, in project team meetings, etc. They might become allies, wanting to be associated with your growing clout.

In any company there will usually be some underachievers, competitors and haters. Driven by workplace jealousy they might try to bring you down to their level.

That’s the nature of office politics. Shrug it off unless it becomes a problem. Then deal with it and move on.

The arc of your progress will invariably attract attention. Bask in the positive and be prepared to deal with any hecklers.