How Being Bilingual Can Benefit Your Career 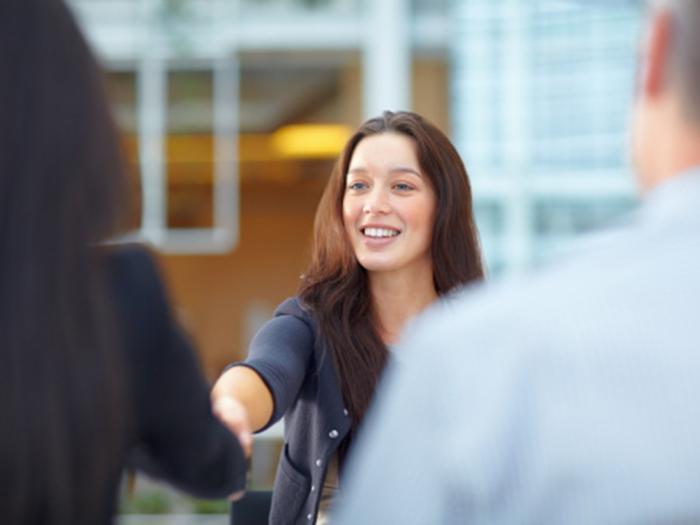 It is no secret that Canadian job seekers are facing one of the most competitive marketplaces in history. According to Statistics Canada, there are 1.5 million job hunters out there. With so many seekers for (relatively) few openings, employers can be extremely selective when choosing qualified candidates. Many recent studies are demonstrating that being able to speak both official languages is proving to be very beneficial to Canadian workers. If you are on the job market right now, those French lessons you took as a kid may finally pay off.
Start ‘em young
A 2007 survey by the Canadian Council on Learning revealed that only 24% of Canadian children were enrolled in a language immersion program (primarily French immersion). Of these enrollees, 85% of their parents believe that acquiring additional language skills will enable them to get better jobs in the future. Even more telling, 62% of parents who did not enroll their children in immersion programs also believe this to be true. It is clear that there is a pervasive and widely-held belief that being bilingual is of great career value within Canada.
Big Brother
The Canadian government is the single largest employer in the country. Of the 180,000 government jobs that were reported in a 2009 parliamentary committee study, 72,000 were listed as bilingual. What is of concern is that the rate of bilingualism among young Canadians has been steadily dropping. In 1996, the rate of Canadians between the ages of 15 and 19 that had knowledge of both official languages was at 24.5%. By 2006, that number had declined to 22.3%. With a great number of Baby Boomer public servants retiring, the Canadian government is scrambling to find qualified people to assume these roles. To wit, since the year 2000, the federal public service has had to recruit 12,000-15,000 employees to replace retiring public servants. Increasingly, the government is having a hard time finding qualified, bilingual candidates.
Geography doesn’t matter
As technology spearheads the growth of the global economy, working remotely for a company has become a lot more de rigueur. It is entirely conceivable for a business analyst in Winnipeg to work for, say, a large Montreal-based accounting firm. As geographic location becomes less and less important, the ability to conduct business in more than one language is becoming more critical. Domestically, there are over 7 million Canadians who speak French as a first language and over 1 million of those are outside Quebec. This accounts for close to 20% of the total Canadian population that needs to be serviced in French.

The spoils
According to a 2010 report by The Ontario Trillium Foundation, there are roughly 53,000 Francophones living in Toronto. According to the report, Francophones earn roughly $5000 more per year than the Toronto average. Additionally, a separate report from the University of Guelph reported that “knowledge of an additional language may be associated with enhanced earnings because of its actual value in the workplace, or its value as a screen for ability.” With the job vacancy rate being so low, the benefit of being able to speak French is certainly of both short- and long-term benefit.
Multilingualism
If you are a current job seeker, you are surely coming across a large volume of open positions that require knowledge of a third language (aside from English or French). As mentioned earlier, the digital age has opened up many international borders that allow for the seamless integration of employees regardless of geographical location. For example, as China becomes a larger global economic power, more and more Canadian businesses are looking for resources who can speak Manadarin to be able to engage with their Asian partners particularly in Vancouver. For a good comparison, we can look to India, where it has become vital for their young workforce to be able to speak English as so many large North American companies have established operation centers in their largest cities.
Montreal for example, holds a great Arabic and Spanish speaking population, which makes these pool of talent have an advantage, if they speak French and English as second or third languages, respectively.
As technology breaks down global economic barriers, the employment needs of countries are changing. In Canada, there has been – and will always be – a need for a bilingual workforce to support business conducted in both official languages. Regardless of where you live, knowing both official languages in Canada is a veritable no-brainer; it can only serve to help your long-term career potential. Increasingly, businesses outside of Canada are looking for educated and multilingual candidates within our borders. If you are a polyglot, count your blessings – you may be in a better situation than many of your peers.