Are You Considering A Career In Augmented / Virtual Reality or Artificial Intelligence? 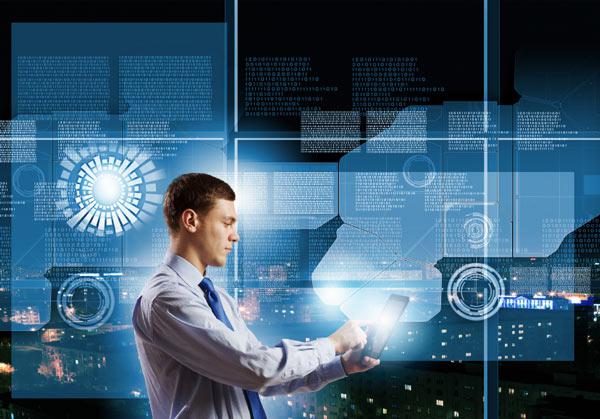 Ever since Tom Cruise used those famous gloves in the 2002 film Minority Report, we’ve been intrigued by the concept of virtual reality. While cyber-gloves might be a thing of fiction (at least for now!), the rise in popularity of sectors like Virtual Reality, Augmented Reality and Artificial Intelligence is more than real. And the amazing part is, we’re still in the early stages of this industry!

We all had a taste of AR in the summer of 2016, when Pokémon Go launched. And did you know that even Snapchat could be considered a form of augmented reality thanks to the use of filters? Its popularity is further proof that we’re moving from an information age to an experiential one (where it’s all about being in the moment).

So what is this buzzy, futuristic industry about and why is it so hot right now? And more importantly, how do you get in on the action and consider pursuing one of these as a career?

Let’s take a look at the type of magic these technologies create.

TechTimes.com defines Virtual Reality as “the creation of a virtual world that users can interact with. This virtual world should be designed in such a way that users would find it difficult to tell the difference from what is real and what is not.” Furthermore, virtual reality is usually achieved by wearing a VR helmet or goggles.

Forbes defines Artificial Intelligence as “the broader concept of machines being able to carry out tasks in a way that we would consider ‘smart’.” Some even consider “Siri” on the iPhone to be a form of AI! An interesting stat: AI revenue is predicted to reach $36.8 billion worldwide by 2025.

Careers in AR, VR and AI

We spoke with Mindie Kaplan, Founder / CEO of Rated VR, an agency specializing in VR strategy for content, experiential, distribution, and analytics, about some of her career tips when it comes to this booming industry.

“Definitely get involved now, go to VR/AR conferences and meetups and events before deciding what you do.  This landscape is changing every day and new areas of VR and AR will continue to open up (as the industry evolves). So network, get versed on the technology and read the trades to stay current.”

When it comes to networking, there are several ways to go about this, starting with real-life local meetups. In Canada, you can find MTLVR (in Montreal), VanVR (in Vancouver) and VRTO (in Toronto). After all, these are among the three startup hubs in Canada.

Attending meetups or “hackathons” specific to VR/AR is a great way to share knowledge and network with people in the industry.

While you’re at these events, make sure to demo as many products as possible. This is part of the advice Silicon Valley-based AR designer Duygu Daniels offers: “Start learning the basics and demo every AR/VR/AI product you come across. What do you like about these experiences? How would you improve them? Are you interested in how they are made, how they function or how they look and feel? These questions can help shape what you might want to continue studying.”

What degree do you need?

An amazing aspect about VR, AR and AI is that impacts many different sectors.

VR and AR technology is also popular in retail, as a way to facilitate online as well as brick and mortar shopping experiences.

And as the space continues to grow, there will be more and more AR and VR applications for different industries. Everything from real estate and healthcare to even non-profits organizations can benefit from this technology.

If your goal is to work in the content creation or technology side, then you likely need a more technical degree such as engineering, design (to understand spatial processing, for example) or audio.

“Take as much applied mathematics as humanly possible, and make connections between a new technique and your industry of choice right away. Very few schools will necessarily have a strong program in AI, AR, VR. But nearly every school will have math, statistics, or computer science coursework.”

The future of AR and VR

According to Statista.com, the number of active virtual reality users worldwide is predicted to reach 170 million by 2018. The VR market is set to grow at a very fast rate in the next few years, especially as a result of the growth of virtual reality software (we’re talking about a increase of over 3,000%!).

And with members of Generation Z (the generation coming up after millennials) next in line to join the workforce (members of Gen Z were raised in the era of this experiential age), the growth in this realm is sure to be at warp speed.

Opportunities in this high-tech sector are only increasing -- and that’s no illusion!