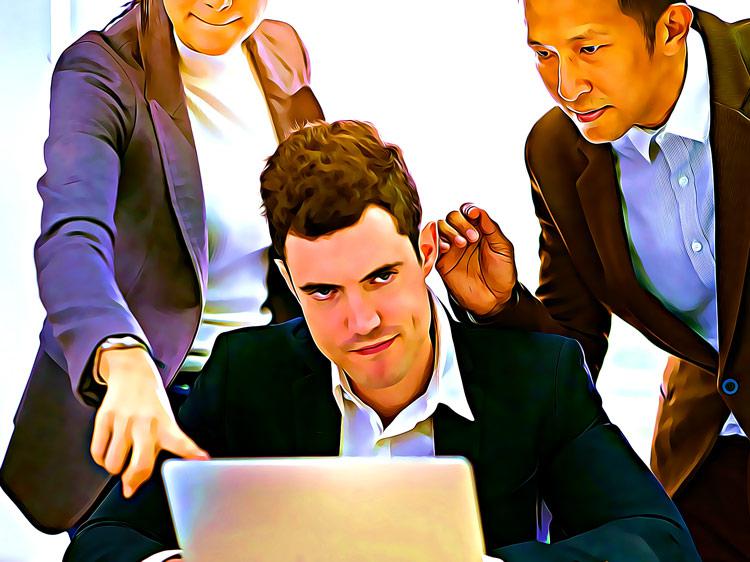 Who wants to hear you complain? Channel your harsh feelings into improving conditions.

Do you want to get fired? Moping around all bitchy at work. Complaining constantly. Not lifting a finger to try and fix your issues.

Won’t take long for others to clue. Some’ll defriend you. Then the boss criticizes your crap attitude. Hey, you’re halfway out the door!

There are better ways to deal with grievances if you figure on keeping this job.

Flashback To What You Bought Into
First step is a stroll down memory lane, to when you signed up for this role. Remember any yellow flags? Maybe a boss that was a little more irritating than the norm. Longer hours than you’d have liked.
Or the pay didn’t quite measure up.

Thing is, whichever flaws you knew about when accepting the job, you own them. They were hundo p part of the bargain you made. So unless they’re now resolvable, either accept ‘em, clam up, or move on.

Triage The Real Problems
What’s pissing you off most? Write down your workplace complaints. Choose the ones making you daydream outrageously. Like how you’d love to scream at your boss to shove it. Or introduce that obnoxious co-worker’s smirk to a nearby wall. Ah, catharsis.

Figure Out What’s Changeable
Not all problems are solvable. A crappy boss might be entrenched for years, torturing you daily. The company may never stop cheaping out on tech or training.

You can only alter what’s changeable. Pinpoint the issues your efforts have a chance of shifting. Come up with some ideas on how to improve things. Now instead of bitching, go make suggestions for improvement. Offer solutions, not squawking.

An alternative is to do find workarounds. Hate your boss? Convince them that letting you work remotely (seeing them never) makes you more productive. Offer to split the cost of training. Same when buying your own non-obsolete software and devices.

Hide The Worst Of Your Disgruntlement
Endless naysaying makes you painfully annoying. To keep your job you’ve got to stay in the game. Part of this requires continuing to look the part.

If necessary fake engagement while figuring stuff out. Don’t stop being productive for long. Scowl into the bathroom mirror on breaks. Don't spray a firehose of complaints on your colleagues (A trickle here and there’s about all.)

Still so fed up you want to quit or act out? Halt and make a gratitude list. Include all that’s worthwhile at work. Could be merely having a steady paycheck. Okay, if for now, that delays a regrettable job search.

Turn Frustration Into Progress
Punching walls and throwing scissors ain’t for grownups. If you’ve just got to gripe, complain professionally.

Pick your battles and fight only for what matters most. Seek safety in numbers, where possible, when an issue applies to other workers too. Point to a precedent that was handled satisfactorily. Venting may bring momentary satisfaction. But unless the issue's a threat to your health, employment, or the company’s viability, quietly flip the frown into fixes.