Gender Identity and Expression in the Workplace

A new federal law, BillC-16, protects people with unique gender identities and ways of expressing them 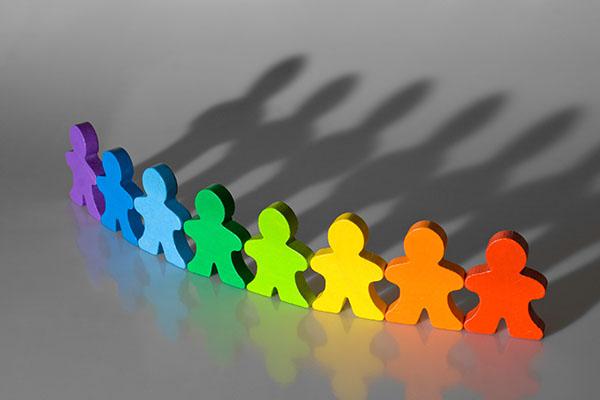 Is everyone at work either male or female? Not necessarily. A few may be a biological mix of both. Some others may identify as the opposite of their birth-assigned sex, as a mixture of the two, or as having some other gender self-concept.

This should matter to you. At work people are becoming more open about their gender identities. It’s polite to address someone in their preferred way, not merely as him or her, Mr. or Ms.

Why All the Fuss Over Gender?

Canada proudly celebrates its support of diversity. This extends into workplaces. People of every ethnicity, religion, race and sexual orientation can express who they are. These groups are protected against discrimination and harassment by Human Rights statutes.

But what if you’re a biological male who considers themselves a woman in spirit, though not in appearance? Or a woman who thinks of themselves as non-binary (neither male nor female)? Transsexuals as well have not been properly safeguarded by federal laws.

People who identify or express themselves as other than their birth-assigned sex will soon enjoy statutory protections too. Here’s a brief overview of the concepts and terminology to expect.

Whenever you start a new job you need to fill out some forms. Normally at least one of them asks you to state your “sex” as either male or female. What does that really mean? It’s the biological category you were assigned at birth based on your physical traits.

Sexual preference, on the other hand, refers to whether you favour being amorous with people of the same or opposite sex (or some combination thereof). Often it’s represented by the acronym LGBT (lesbian, gay, bisexual or transgendered), though there are additional categories.

Gender is a little different. It’s mainly been about how people are expected to look and behave based on whether their sex is male or female. These constructs are fluid: consider if a woman wearing a pantsuit, holding a senior position in an organization or profession, would have been considered “feminine” 100 years ago.

Do you consider yourself a man, a woman, neither, both, or something different? That’s your gender identity. There’s some terminology that describes the variations. Some examples follow:

Cisgender: gender identity is the same as one’s birth-assigned sex

Binary: an increasingly outdated concept that all people are either female or male gendered

Non-binary: acknowledges that there are more than just two possible genders

A masculine-looking woman grows their hair long and wears pastel dresses. An androgynous male (whose features make them hard to tell apart as either a man or woman) sports tattoos and acts in a gruff manner. These are instances of gender expression.

How you dress, talk and behave; whether you take on traditionally male or female roles at work or at home; that’s how you convey your self-concept of gender.

“Ladies and gentlemen, welcome to our gathering.” That common phrase divides an audience into two distinct categories. Watch for this type of language to become more inclusionary. “Welcome all” is neutral yet covers the same ground.

What about honorifics like Mr., Mrs., Miss, sir, and madam? Or pronouns such as him, her, his and hers. These are all beginning to get challenged. Some of the suggested substitutes sound odd. Xe/xim/xir or zie/zher/they aren’t likely to pervade your workplace soon. Still it’s best to ask a person how they prefer to be addressed.

The world is evolving in ways that aren’t always clear. Being diversity-minded helps you avoid behaving offensively unknowingly.