An International View Of Happiness At Work 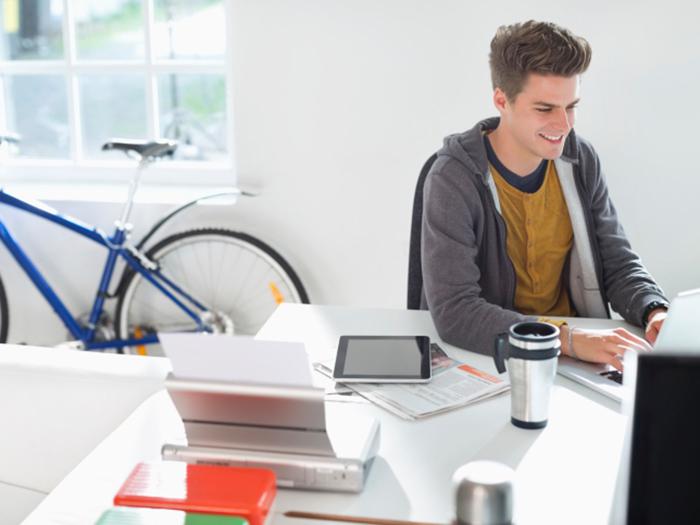 Latest Research finds nearly Two Thirds are Content with their Jobs and approximately One Quarter Love them so much they would Work for Free
Monster.ca, the leader in successfully connecting people to job opportunities, and GfK, an independent global market research company, today released new survey data looking at levels of job satisfaction amongst Canadian workers. The survey found that nearly two thirds (64%) love or like their job a lot and only 7% don’t like their current role. Compared to international results, the research revealed that Canadian workers are the most satisfied labour force.
The international survey which polled more than 8,000 workers, received the following responses from Canadian workers to the question “Which of the following best describes how much you love your current job?”:
24% Love it – would do it for free
40% Like it a lot – I enjoy what I do, but I could like it more
29% Like it – I like it well enough for now
5%   Don’t like it – I think I could do better
2%   Hate it – but it is a necessary evil
Younger workers – Most Dissatisfied, Hoping to Find Better
The research revealed that Canada’s younger workers are most likely to be unhappy at work, with 13% of workers under the age of 25 confessing that they dislike their jobs and think they could do better.
“Young Canadians are ambitious and eager-to-succeed, so it’s not surprising that a significant proportion of them are feeling frustrated in their current jobs and think they can do better,” said Sheryl Boswell, Director, Marketing, Monster.ca. “Smart employers mentor their younger workers, ensuring clear career growth paths, and they know how their performance will be measured and rewarded – this will help these younger workers stay engaged and improve retention.”
However, while some of those who have entered the world of work in the last few years may be unhappy, it seems the further the Canadians progress in their careers the more likely they are to align themselves with their career passions. The research revealed that the percentage of workers that said they liked their job a lot increased steadily with each age group questioned. Under a quarter (23%) of 18 – 24 year olds revealed that they enjoyed what they did for a living, but this figure rose to 45% in 50 – 64 year olds.
Money does buy happiness
The survey also looked at how income affects job satisfaction, and revealed that the highest paid Canadian workers are the most content with their employment.
70% of those in the higher income bracket said they love or like their jobs a lot. The number of medium earners was significantly less with 55% feeling content at work, while low earners were the least happy with 44% saying they love or like their jobs a lot.
“It’s natural that for many of us, getting a healthy pay cheque is a primary motivation for work, and being well-compensated lends itself to contentment,” commented Ms. Boswell.  “But regardless of a worker’s priorities – whether it’s feeling valued, helping others or making more money – nobody should just stay in a job they really don’t like because there are new, better opportunities arising every day.”
An international view of happiness at work
The worldwide study results show that Canadians are the most likely nation to say they either love their jobs or like them a lot. According to the survey the Netherlands were the next happiest nation at work with 57% saying they either love or like their employment, followed by India (55%), US (53%), UK (46%), France (43%) and Germany (34%).
US respondents were the most likely to say they dislike their jobs, with 15% saying they didn’t like, or hated their current role. This was followed by UK (12%), Germany (10%), France (9%), Canada and the Netherlands (both at 7%) and India (5%).