Leadership. How Much Is Enough? 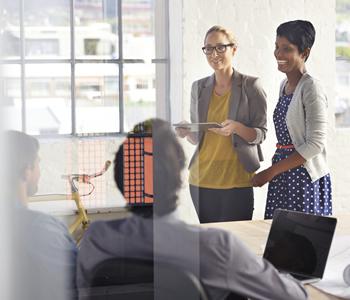 By The Monster Career Coach

When it comes to leadership, it’s hard to get people to agree on what makes a good leader. Some people prefer a firm and authoritative leader. They need a clear outline on what to do and how to do it.  While others prefer a more laid back approach.  The amount of leadership people crave varies from person to person. There are employees that need constant guidance, otherwise they get mired down with uncertainty and are unable to perform. On the other hand lots of employees prefer to be left to their own devices.  Tell them what they need to do and they hit the ground running.

“A leader is best when people barely know he exists, when his work is done, his aim fulfilled, they will say: we did it ourselves.” —Lao Tzu

Personally I prefer the laid back approach. I have had experience with bosses who micromanage things and it drove me up the wall! There is no reason to meddle into every aspect of what the employee is doing. The only thing that accomplishes is creating an atmosphere of mistrust and resentment towards the employer. Working for a micromanager made me feel like a child. The level of constant supervision had me questioning my abilities. Was I was doing something wrong? Or did my boss find me so utterly incompetent, that he would rather impede my progress in lieu of allowing me to do my job?

“True leadership lies in guiding others to success. In ensuring that everyone is performing at their best, doing the work they are pledged to do and doing it well. So much of what we call management consists in making it difficult for people to work.”  —Peter Drucker

In the end I realized that I wasn’t alone. My boss had control issues and his insecurities were projected on to the employees.  People were growing increasingly more frustrated and a few had left on burnout because of it. Eventually we called a team meeting and we had a conversation. He was under a lot of stress and hadn’t realized the impact he was having on people.  He promised us that he would change his ways. I’d like to think that he tried his best; but let’s just say I didn't stick around long enough to find out.

“The best executive is the one who has sense enough to pick good men to do what he wants done, and self-restraint enough to keep from meddling with them while they do it.” —Theodore Roosevelt

Another instance of problematic leadership can be a complete lack of it.  Too much freedom can be dangerous. It’s all well and good to give people work and expect them to perform; but without any type of guidance people begin to feel lost.  Who can they turn to if they have questions or experience setbacks?

I once worked for a boss who had to travel frequently. She would leave at a moment’s notice and never left us a clear indicator as to who could assist us in her absence. Often times we would experience crippling system failures and hardware issues that we were unable to resolve. We would call her for help but she was limited in what she could do from so far away. We felt powerless and grew frustrated that we were unable to perform our jobs.  On top of that, people took advantage of the fact that she was often away from the office. With mounting frustration over the systems failures and co workers who weren’t pulling their weight. Things were starting to get pretty getting tense.

After much discussion we found a way to close the gaps. Additional training was provided to help us to troubleshoot our technical problems. My boss also put in place a chain of command. That way if we encountered any difficulties in her absence, we knew who could help us with what. Plus some added supervision ensured that people arrived at work on time and did their jobs.

"You have to enable and empower people to make decisions independent of you. As I've learned, each person on a team is an extension of your leadership; if they feel empowered by you they will magnify your power to lead." - Tom Ridge

As employees we sometimes forget that people are thrust into leadership roles. Some are able to meet the challenges, while others tend to flounder. We need to remember that not everyone can be a great leader. When faced with these situations we need to step up to the plate. Great leaders grasp adversity and rise to the occasion.

"Become the kind of leader that people would follow voluntarily; even if you had no title or position." —Brian Tracy

Don’t be afraid to speak to your boss. Discussing your concern with a dose of diplomacy will go a long way. Let them know that you are on their side. You want to work with them to help ensure smooth sailing as you continue to work together.  Once your boss sees you showing some initiative, it will show them that they have someone on their team that possesses leadership qualities. If you play your cards right come promotion time you may find yourself leading the pack. And if you are the leader of the group be open to suggestions, criticism and have an open door for your team members at any time. It pays!