Interview Questions When Applying For a Higher Position 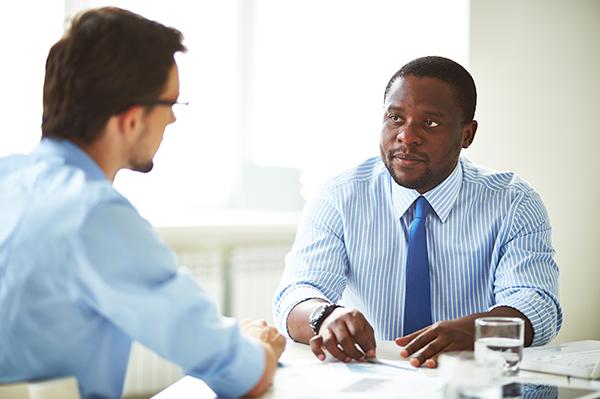 It’s challenging enough to find a new job. Or to earn a promotion at your current employer. Imagine applying to a new employer for a role that’s higher than you’ve held. You’d be competing against candidates more senior than you. And you’ll have to prove your worthiness for an instant promotion.

There’ll be plenty of objections to overcome. Your qualifications will be heavily scrutinized. References will be relied on to a larger degree. And you must demonstrate you’re ready to take on greater responsibility to earn that higher salary.

Up for the task? Here’s some help in answering interview questions you’re likely to get in this situation.

Q 1: Why Haven’t You Been Promoted To This Level Yet?

Employers want to hear about why you’re job hunting, and why you’re looking for what amounts to a promotion. Expect a lot of scepticism on their part. They’re interviewing people who may have longer experience and who already hold (or have held) the title you’re applying for.

Issue: At the heart of this question is whether you’re a dud in disguise. In essence, why should this new employer gamble on you if you didn’t reach this level elsewhere?

Answer: Start by addressing the issue head on. If you try to skirt around it you’ll look suspicious. Maybe your most recent workplace doesn’t have this type of higher role. Or the person in it is a long-timer who isn’t about to budge anytime soon. Possibly you’re looking for a change of scene or industry at the same time you’re ready to be promoted.

If your employer turned you down for a promotion at this level, explain why. Was there temporary friction between you and upper management? Is a freeze on hiring or promotions to blame? Better to address this now than have one of your references blurt it out.

If it turns out you’re at fault for not earning the promotion, admit it. You blew the chance by not being prepared when the opportunity arose, but you learned from that.

Q 2: How Can You Prove You’re Ready For This Higher Role?

All hiring involves a measure of risk for the employer. Even more when an applicant hasn’t been in that echelon of job yet. Remember your competitors will be pointing out what they’ve achieved previously at this level.

ISSUE: This question cuts to the chase of whether you’re underqualified. It’s not the time to talk about your “unlimited potential” as an employee. Concentrate on hard evidence related to the role and your past upward rise.

Answer: Begin by acknowledging that this role will be something of a step up for you. Counter doubts by adding that your career’s upward mobility to date has prepared you well for this next stage.

Offer proof of at least two varieties. One form involves conveying your relevant accomplishments. Anything you’ve done that approximates this elevated role is useful. If you’ve ever held this position as a temporary fill-in, say so immediately. Otherwise mention if you’ve had duties similar to the ones in this new job. Or if you’ve worked closely with people at this level (and above) on projects or teams, learning from them and earning their praise.

The other evidence is your track record of being promoted and of having risen to those occasions. Each time you’ve moved into a higher role, it’s been a stretch. Along the way senior people have trusted that you’d be able to grow and produce quickly.

So boast about endorsements bosses gave you after your previous promotions. Discuss the actions you took to ensure you handled the extended responsibilities. Be sure as well to highlight positive results you generated.

Give These Questions Some Thought

Hunting for a higher level job when you haven’t worked at that echelon before is tricky. Proof of your previous promotability is key. So is demonstrating your immediate readiness for added responsibility (e.g. managing more people, spending bigger budgets effectively).

Think you can overcome the objections raised in the questions above? If yes (and if you dress for upward mobility), you may just score that promotion and raise at a new employer. It’s a leap for all involved, one you’ll have to bridge with concrete answers.