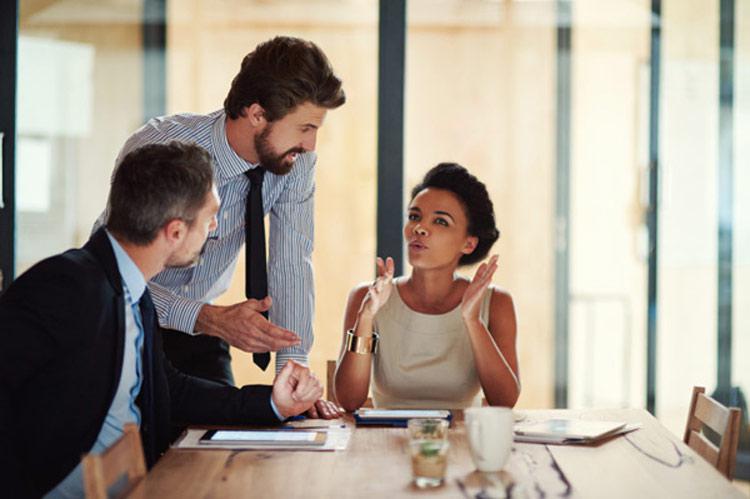 It’s like living under the eye of a microscope, that first week at a new job. Everyone’s watching intently. Your behaviours, words, clothes and body language will all be scrutinized.

You’d think that would put new hires on their best behaviour. Mostly it does, but not always. Some common fails can quickly make a bad impression. Then there are disastrous ones we can’t help cringe at for their sheer outrageousness.

The longer a job hunt takes, the more pressure a new hire may feel to show they’ve still got it. This can lead to taking actions prematurely. Better to absorb like a sponge and get to know the lay of the land. There’s less likelihood of stepping on toes or making a big mistake.

There’s so much to take in those first days. Who does what. How things are being done. Why they’re being done that way. Which projects and priorities must be focused on first. In this honeymoon period, it’s o.k. to ask questions that would seem silly a month from now. So ask away. Pretending to have all the answers is no way to earn respect at a new job.

“Walk before you can run” is advice that gets lost on some new hires. They may be asked to work on small tasks they consider beneath their level of skill or experience. However doing small things well builds trust. Without that, the more important assignments may go to someone else.

This error is a corollary of trying to prove yourself too soon. It’s also about being impressive, except in ways that make others look less capable. It’s one thing to send the boss a complex spreadsheet you developed. Showing it in a group meeting where it makes current versions seem amateurish is poor manners.

Weeks one and two are ideal for walking around and getting introduced to others. People will be wondering who you are and what you’re here for. Just don’t get too personal or turn this into a gabfest. Being viewed as a time-waster is not starting a job the right way.

Outrageous Blunders Made By New Hires

No one really wants new hires to fall flat on their faces. Yet it happens all too frequently. These are some humdinger mistakes that actually occur:

Does any employee appreciate being told by a newcomer how to do their job? Probably not, unless the advice is brilliant. Otherwise the established worker tends to get defensive. If they’ve been doing things a certain way without getting complaints, having someone who’s brand new tell them to change is like waving a red cape in front of a bull.

Some recent hires confuse the workplace for a social venue. They start scoping out other employees as potential mates (or conquests). Maybe later on there could be benefits to dating a colleague. Not in the first week or so, however. That could signal boundary issues and raise yellow flags.

What’s ruder than asking the receptionist out your first day at work? Using company benefits as if they’ll disappear tomorrow. Some new hires have been known to order product in bulk at employee rates, then try to sell it on Ebay or Kijiji for profit. Others starting a new job go on extended sick leave soon after. Exploit the employer at your peril.

Those first few days getting used to a different workplace can be disastrous if you aren’t careful but if you manage to take it easy and follow these tips, you can pave the road to a successful career.