Employers That Help Its Staff Show Their Pride! 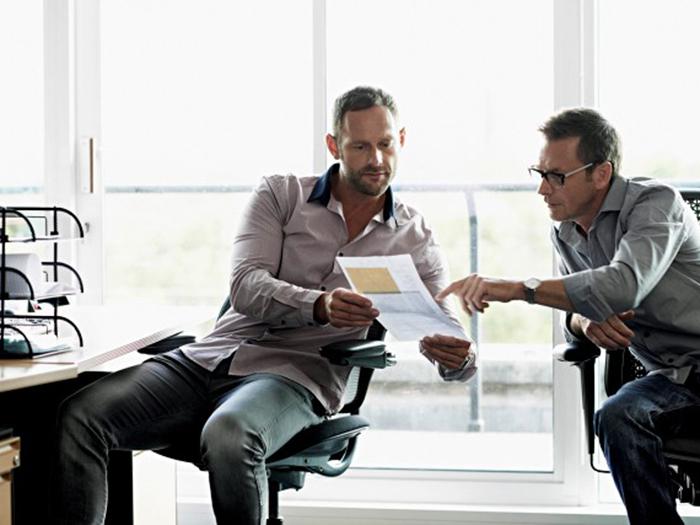 Most people take pride in their work. But what about those who express their “Pride” at work? If you’re LGBT (Lesbian, Gay, Bisexual or Trans-Identified), showing your Pride may involve coming out to colleagues and management.
This can prove challenging. Even though Canada is advanced in LGBT rights –it is the fourth country worldwide, and first outside of Europe, to legalize same-sex marriage nationwide – not every employer is fully enlightened. However here are some current efforts worthy of note.
Pride At Work Canada
Pride At Work Canada puts the case for LGBT diversity and inclusion on the mainstream business agenda. It is a volunteer-led, non-profit organization based in Toronto. They encourage organizations to support authenticity at a corporate level, and create workplaces where LGBT employees will be more able to be themselves (and ultimately to be more productive).
The list of member organizations reads like a who’s who of Canadian business. Together they employ more than 850,000 people. The list includes companies such as Aon Hewitt, Bell Canada, Cineplex Entertainment, Hewlett-Packard, The Home Depot, IBM, KPMG, Loblaw Companies, PepsiCo, Scotiabank, Sodexo, Telus, Xerox, and others. You can search for job postings at these employers on Monster.ca.
Each member recognizes LGBT individuals, whether they are younger or older, as key to an engaged workforce. Their partnership brings them into a network of sharing good practice, and helps them establish best-in-class workplace initiatives.
Scotiabank
When you trust your money to a bank, you want to feel safe and secure. So too when you’re a bank employee who is LGBT.
Scotiabank goes out of its way to promote inclusion. Over a decade ago they formed a committee that recognized the needs of LGBT staff and job applicants. It began as a one person project. Today it has grown into Scotiabank Pride, with chapters spanning Vancouver, Calgary, Central West Ontario, Scarborough, Cornwall, and Halifax.
“It helps that we have an executive sponsor for our program,” says David Salak, Director of Program Management, and Chair, Scotiabank Pride. “She holds the office of Executive Vice President. This demonstrates to others in the bank that our commitment to diversity is given prominence at the highest levels of management.”
Scotiabank Pride provides networking opportunities for LGBT staff and their supporters. It also encourages volunteering and fundraising for relevant charities and events (such as the Scotiabank AIDS Walk that ties into the Stephen Lewis Foundation).
“Recently we assisted a transgendered employee make their workplace transition,” adds David. “We provided counselling for the individual, as well as to the branch employees.” However not every LGBT employee is ready to go public. “For staff who would like confidential counselling or just a supportive, private conversation, they can use our Scotiabank Pride chat line, or reach out to the bank’s Employee Assistance Program.”
Thoughts From A Scotiabank LGBT Employee
Angel Mena is a Senior Communications Manager within Scotiabank. He actively participates on the Scotiabank Pride Committee.
“There is a great environment and feeling of openness. We can manifest preference and sexual orientation in an accepting environment,” says Angel. “Scotiabank really focuses on developing the sense of pride in who you are and also in who you work for. They know it can be difficult for some people. It makes me feel proud that my employer develops relations, social and businesswise, with the LGBT community.”
Angel says that taking part in Scotiabank Pride activities has a great impact on his professional development within the bank. “I have worked in other companies before, where diversity was endorsed, yet they had no committee or activities to back this up. At Scotiabank they are walking the talk.”
Sodexo
Sodexo is the leading provider of integrated food and facilities management services in 80 countries including Canada. They have 10,000 employees in Canada, only. Every day they serve 1 million consumers across the country.
That’s a lot to chew on. Here is more: Sodexo is number one on the Top 50 Companies for Diversity list. The firm’s senior level has almost 30 percent more racial/ethnic diversity and 38 percent more gender diversity than the DiversityInc Top 50.
Normand St-Gelais is Sodexo’s Director of Talent Acquisition, Diversity & Inclusion Initiatives in Canada. Says Normand, “I can share the fact that I am openly gay and have been in the company over 22 years. I am so happy and so relaxed to be myself, and be part of a team that values who I am and what I can bring to the company.”
At Sodexo, support for LGBT and inclusion initiatives comes from the highest levels. “This begins with our CEO,” says Normand. “Without diversity and different talent and ways of thinking, you cannot be truly successful.”
The company reaches out to the community. Last Holiday season, for instance, they worked with the LGBT Chamber of Commerce of Montreal. Jointly they developed a number of fun activities.
There are councils in place that promote diversity and gay inclusion, particularly in Chile, U.K., France, Australia, and the U.S. The firm has just created a worldwide LGBT group which they want to promote in other countries.
But Normand cautions: “It is not a simple matter to spread our message of inclusion to all nations we operate in, due to entrenched cultural differences. Despite this, we firmly believe that it is a worthwhile effort.”
Change Is Taking Place
It is heartening to note that progress is being made. More workplaces are launching initiatives to make their LGBT employees feel safe and welcome. Monster.ca salutes this trend and encourages its continued adoption.