How to Stop Enabling A Lazy Coworker 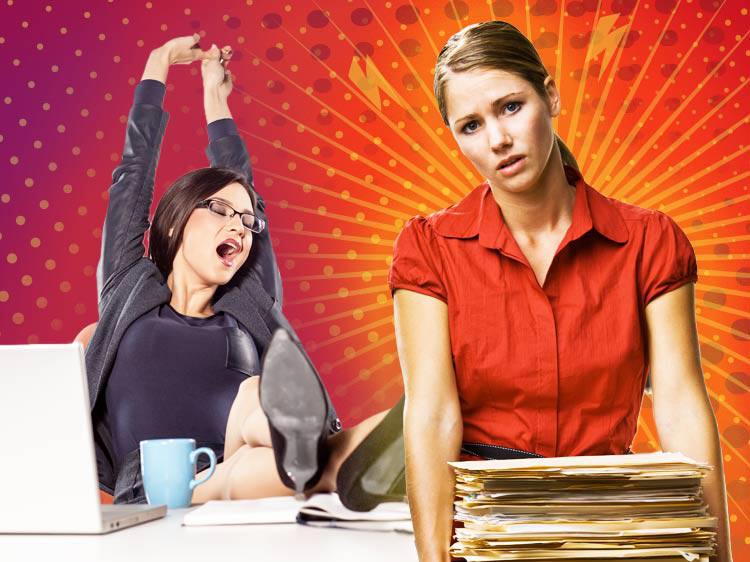 It’s 5:00 p.m. and you’re itching to finish for the day. What’s holding you up? A colleague is late again delivering their part of the project. You don’t want your team to fall behind. So you grudgingly offer to complete your coworker’s task, one more time.

This workmate’s becoming a problem. Three instances this month they haven’t come through as promised. Your own work is starting to suffer.

You wish you knew how to handle this without causing a stir. But whether it makes waves or not you need to nip this slacker in the bud.

The Many Types of Laziness

Lack of sufficient effort has all sorts of faces. A familiar one involves technology. A colleague may not try to keep pace with new software and devices. Or they refuse to answer emails and texts promptly. This sluggish behaviour slows everyone else down too.

Then there are the habitual late-arrivers. They don’t take a moment to plan their day. Instead they scramble around, making their schedule a shambles. At least they show up. Have you ever covered a shift for someone who uncaringly chose to sleep in?

Another form of slacking: doing incomplete or mistake-filled work, expecting a rescue from someone else. A different sort is always refusing to lend an extra hand when called upon. And let’s not forget the incredible vanishing coworker, who’s seldom around when they’re needed.

Here’s Why It Has to Be Fixed

There can be far reaching consequences when a colleague is lazy. The team’s efforts suffer unless someone jumps in to cover. Whoever takes on the increased load can get overburdened. The work they’re supposed to be doing is ignored. Or they find themselves burning the midnight oil resentfully. As stress mounts, health and productivity can be affected.

Reasons We Give For Rescuing

We lie about their whereabouts to protect them. Finish their partial (or sub-par) work for them. All the while it enables them to slack more. Why do we do it?

Altruism, for starters. Most people like to be helpful. Lazy people exploit this. Pitch in once and we’ve done a good deed. Twice and we’re truly nice. But keep going and we become their patsy.

We also have practical rationales. It smooths the way for a friendship to form. Maybe they’ll return the favour one day. Our boss will be impressed with our team-supporting spirit.

There are murkier reasons too. If we don’t do what’s necessary our project could fail. The slacker might be senior to us, have clout, or display volatile tendencies – which makes us afraid to say no. Anyway no one wants to be a tattletale.

How to Stop Enabling Shirkers

An established pattern can be hard to stop. Here are steps to take in breaking the cycle.

Is the colleague truly lazy, or are we a bunch of high performers with excessive expectations? Is their behaviour habitual or merely occasional? Do we contribute to the problem, by not being assertive or by trying to win points as the office sweetheart?

Have a Discussion With The Lazy Coworker

A discrete and constructive conversation with the offender may be all that’s required. Possibly they don’t realize how damaging their inadequate effort is. Or there’s something affecting their performance for now but it will clear up soon.

Point out unaccusingly what you’ve been seeing. Spell out the negative effects. Be specific with a couple of examples so they don’t shrug it off. Let them know you’d like their behaviour to stop; is there some way you can help them become more reliable or productive that doesn’t involve repeatedly covering for them?

Give Them A Warning and Let Failure Happen

If polite requests lead nowhere, a direct caution may be necessary. Tell them (in writing, if possible) that if this happens again, you won’t lift a finger to help them. Also say you’ll have no choice but to report their history of lapses to the boss.

Then stop saving them from themselves. You’ve done what you can. If they opt to fall on their face, you’ve documented the process and can escalate to management.

Letting a lazy colleague stay that way disrupts you and your work environment. Set boundaries quickly to deter further manipulation.