The Stress Test: One-in-four Canadians has left a job due to stress 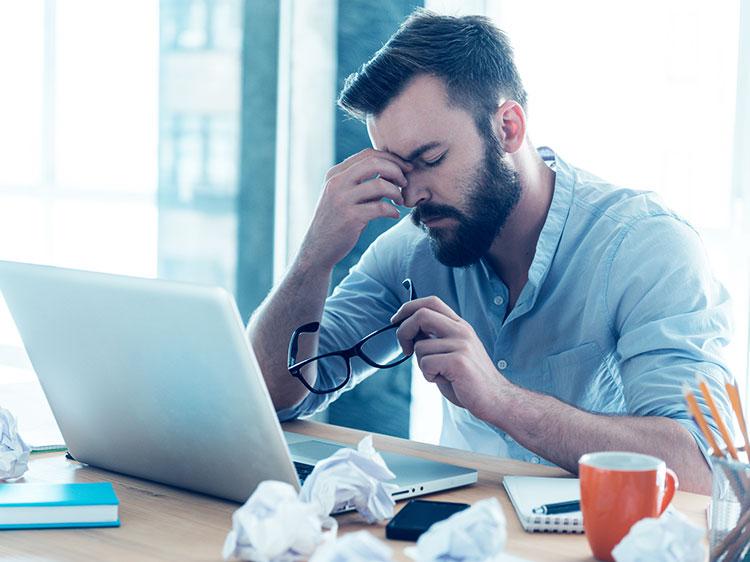 TORONTO, Aug. 16, 2017 /CNW/ - Many working professionals are likely to experience stress at some point in their career, but for some, there is a breaking point. A recent survey from Monster Canada found that one-in-four working Canadians has left a job due to stress and 17 per cent have considered it. Overall, six-in-ten (58 per cent) working Canadians say that they are overworked.

"Working Canadians are under a lot of pressure on the job – this, coupled with personal commitments and a desire to advance professionally, may be creating a heightened sense of stress at work," says Angela Payne, General Manager for Monster Canada. "For employers, this can lead to a worrying combination of decreased productivity and reduced staff retention."

Earn less, more stress
The survey, conducted by Leger, also found that Canadians earning less than $40K are the most likely to say they've left a job due to stress (38 per cent). Those in the next earning bracket, $40K-$59K, have also said goodbye to an employer due to overwhelming job stress (27 per cent).

"For those starting out in their careers, saying yes to opportunities can be second nature. But the work can add up fast, which may impact stress levels," says Payne. "These findings suggest that employers should consider focusing more retention efforts on employees making under $40K since they may be prone to excessive job stress."

Overworked from coast-to-coast?
Employees in Quebec are the most likely to say they're overworked (64 per cent), followed by Ontarians at 61 percent.

The survey also found that those working on the west coast are the least likely to say they're overworked (41 per cent). This comes after a Monster Canada poll that found British Columbian workers are the most likely to be unmotivated (27 per cent, compared to 22 per cent nationally).

Despite being the least overworked, working British Columbians are slightly more likely than the average Canadian to say that they've left their job due to work stress (27 per cent, compared to the national average of 25 per cent).

The data also indicates that Canadians who have left work due to stress are significantly more likely to disagree that their employer supports work-life balance.

"While employers support and offer work-life balance initiatives to their staff, employees may not feel encouraged to take advantage of them," says Payne. "Establishing and growing relationships between managers and workers can help ensure that the most suitable programs are being offered and used."

Carrying the workload
When asked what the most stressful part of their job is, nearly one-third of Canadians indicated workload/being overworked. This compares to a recent Monster poll in the U.S., which found navigating office politics to be the top source of stress (25 per cent). In Canada, only 20 per cent of working Canadians found navigating office politics most stressful.

"As we know, stress comes in all shapes and sizes at work," says Payne. "To avoid the possibility of employees seeking greener pastures elsewhere, when possible, employers should consider taking steps to establish more sustainable workloads for employees, and consider employee engagement programs that keep motivation high during busy times."

To learn more about the survey and tips or advice on how to stay stress-free at work, visit career-advice.monster.ca.

About Monster Worldwide
Monster Worldwide, Inc. is a global leader in connecting people to jobs, wherever they are. For more than 20 years, Monster has helped people improve their lives with better jobs, and employers find the best talent. Today, the company offers services in more than 40 countries, providing some of the broadest, most sophisticated job seeking, career management, recruitment and talent management capabilities. Monster continues its pioneering work of transforming the recruiting industry with advanced technology using intelligent digital, social and mobile solutions, including our flagship website monster.com® and a vast array of products and services. For more information visit http://monster.com/about.

About the Survey
Leger conducted a quantitative online survey of 1,057 working Canadians. The fieldwork was completed between June 26-30, 2017. A probability sample of the same size would yield a margin of error of +/- 3.0 per cent, 19 times out of 20.