Surviving a Disagreement With Your Boss

There’s a brief chance to try and heal the rift. Otherwise beware the consequences. 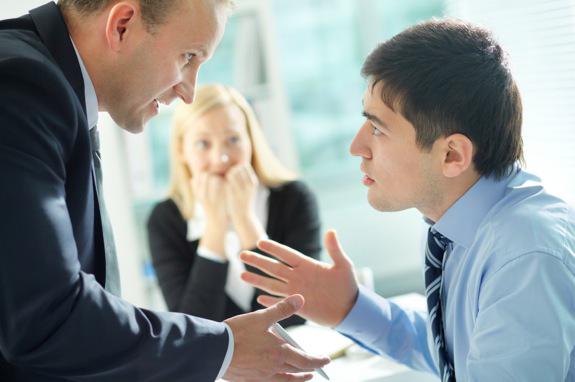 You mostly get along with your bosses. But this one says or does things that really upset you. Till now you’ve put up with it because you like (or need) the job.

Then an incident puts you over the top. What they’ve said, done or didn’t do makes you blow up. All the advice about walking away or counting to 10 is lost in angry argument.

Words are hurled at each other. The fight ends with harsh feelings. Both sides separate for a breather.

What do you do next?

Unless necessary do not reconnect with your boss yet. Both of you need time to cool off. Any message you send or statement you make could get corrupted by emotions.

Even if you want to apologize you may want to wait a bit. Your expression of regret, sincere as it might be, could fall on seething ears.

In your anger you might feel like lashing out. Maybe by blasting a scorching email to your boss. Or posting about the clash on social media.

Do yourself a favour and restrain yourself. You’ve already lost your cool once. Compounding it rashly could be the final straw. You need to think about your next moves.

So complete any urgent work. Or leave the premises after telling people you’ll be out for a while. No need to discuss what happened yet. That might just wind you up again.

A verbal fight with your boss is serious. You could be fired for cause due to insubordination.

That should give you pause. Some questions to consider when gauging the damage:

Given what’s transpired you’ll have to draw some quick conclusions. Like do you want to continue working there? Or is the situation now intolerable.

Your boss will review their alternatives too. They must decide whether to discipline, dismiss or reconcile with you.

Keep in mind it’s not uncommon to quit or get fired during a dispute. If that’s what has happened you might still have a chance to withdraw your resignation or ask for your job back.

If You Don’t Want To Lose Your Job

Would you like to stay employed there? Then go apologize to the boss. Not half-heartedly. Sincerely with conviction in your voice and body language.

You may have to swallow your pride. Admit you lost your temper. See how your boss responds. If they’re willing to forgive and move on consider yourself fortunate. There’ll be chances later to address the underlying issues calmly.

If your boss isn’t moved by your contrition, ramp it up. Mention that you’ve been dealing with outside stresses of a personal nature, but you realize they need to be managed better.

If Losing Your Job Is Acceptable

Can you afford to be unemployed? You have three ways to approach this.

One is to let the employer dismiss you. Hopefully it won’t be for cause, otherwise you probably won’t qualify for severance or Employment Insurance. And you’ll have to explain what happened to future employers.

Another is to negotiate your departure, agreeing on a reason for leaving and maybe even getting some severance money (though it may be too late for that).

A third way is to resign. You leave of your own accord. Except unless you can prove wrongful dismissal or that you toiled in a poisoned workplace, you won’t get financial compensation.

Learn From The Experience

Fighting angrily with your boss is a losing proposition. Reflect on what triggered your outburst. How can you disagree with them next time without so much conflict?

Controlling your anger and communicating with composure are needed for steady employment. Don’t let future issues build to volcanic proportions.