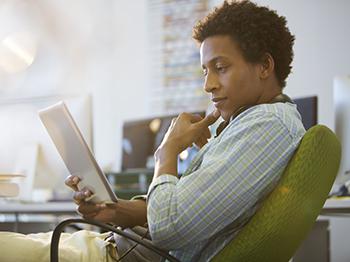 You’re getting lots of job interviews. Normally that’s a good thing. Except no one has offered to hire you yet. It’s exhausting to show up prepped and peppy every time.

An ego can take only so many highs and lows. Employers are asking to meet you (“I’m valued in the marketplace!”) but are balking at taking you on (“I’ll never get hired”).

Is there a problem with your interview or follow-up tactics? Could be they’re due for a check-up.

Maybe you’re new at attending job interviews. Novices commit all sorts of mistakes. Most are easily avoidable in future outings.

Showing up late is a newbie blunder. Next time find directions to the meeting beforehand, estimate travel time, and walk in five minutes early. Allow sufficient room for traffic or transit disruptions.

Being unprepared is another common gaffe. Winging it may have gotten you this far. But researching the company and rehearsing a range of answers is the surer bet.

Accepting every interview invitation can also hold you back. It’s not a bad approach when starting out. You gain experience in preparing, conducting yourself and following up. At some point this turns wasteful. Instead begin to target your interview acceptances. Find out beforehand what the position’s actual duties are, the employer’s reputation, and whether you’re way over (or under) qualified. You might be fooling yourself with cattle-calls where your chances are marginal.

A major rule of interviewing is not to irritate the questioner(s). Yet time and time again candidates do so. How?

By something as simple as not answering the questions that are asked. Some nervousness is natural and expected when replying. If you get confused, and start meandering to try and cover your tracks, just stop. Ask the interviewer to repeat their query. It beats blathering. Also if you go off-topic, wrap it up by addressing the actual question. If not that can raise a flag.

There are other ways to be annoying. Such as not bothering to be enthusiastic (even if you aren’t). Looking at your watch or mobile phone while in session. Badmouthing your previous employer. Acting arrogant. Any of these will vex the better.

Employers are wary of getting conned. You have to appear trustworthy.

The first yellow light is when you seem to be much different than your written material. This can occur when your resume or cover letter is written by someone else, without regard to how you speak. Inform the interviewer if they remark on the discrepancy.

A second alert is triggered if you can’t account for gaps (or inconsistencies) on your resume. Be ready with plausible explanations. Same goes if your resume content conflicts with what’s in your online profiles. Consistency is important if they check public content.

Red lights flash when you don’t provide the specific types of references asked for. Say they want one from a recent boss or colleague. You connect them with your mother or best friend instead. Thus endeth the process.

The list of possible reasons you aren’t getting offers is extensive. Perhaps one or more of the following applies to you:

Possibly the fault lies in the stars, not with you. Employers sometimes post legitimate positions, interview numerous people, then decide not to fill the job. Similarly they may end up hiring internally – which they’d planned to do all along, but had to post publicly to satisfy some company rule.

Nepotism happens as well. It won’t matter that you’re the more suitable applicant. Also one of your references could be having a bad day when contacted.

To turn things around, investigate the impediments. Go over everything you’ve been doing during and after each interview. Ask for feedback despite not getting the job. Send a post-rejection follow-up letter. Then fine-tune your methods and persist. Getting hired is a numbers game.

Stack the odds in your favour by adapting your approach.