Why and How To Decline a Promotion

Moving up the ladder is what many people strive for, but the opportunity may not always be suitable. 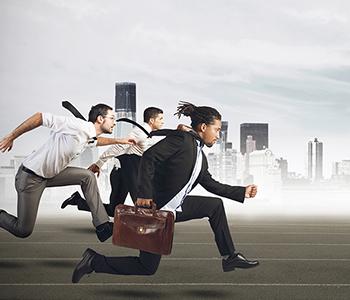 People work hard for promotions. They log extra hours and do what it takes to make the boss look good. The possible reward is appealing: a more impressive title, higher pay and increased authority.

So why would someone decline a chance to climb the ladder? Because there may be more important things than perks and prestige. Personal concerns and internal politics can take precedence.

Still, turning down advancement should not be done casually. There could be repercussions and the offer of another promotion may be a long time coming.

Why Do People Turn Down Promotions?

Much of what’s done at work involves trying to getting ahead. When opportunity knocks it should be embraced at all costs, right? Not if the bump up brings you down. Here are some explanations for saying no to a higher position:

Another reason for declining a promotion is to avoid intolerable resentment. That could occur when being chosen over a number of other more experienced or capable candidates. Dealing with jealous colleagues could make every workday unpleasant.

Consequences of Rejecting a Promotion

Hopefully turning down advancement is taken in stride by management. They appreciate the concerns expressed and move on to the next best pick.

Except eyebrows may get raised. Senior staff may wonder if you’re afraid of responsibility. Or whether you aren’t committed to a longer-term stay and professional growth with that employer.

Consider too that these opportunities might not arrive often. When the next opening appears who’s to say its timing will be any better? Furthermore your current role might get eliminated or diminished in the meanwhile.

How To Decline The Offer Respectfully

Is it possible to defer the promotion to a later date? Ask if that’s a possibility. If not, don’t overlook that being selected for promotion took time and effort on behalf of the choosers. Saying “no thanks” ought to be done respectfully.

Recognize each person involved in the selection process. Let them know you appreciate being thought of highly enough to merit the offer. Either inform them of the reason for turning it down, or do so privately with your boss.

Remind them that you intend to continue being productive and engaged. You look forward to a future opportunity to rise up the ranks when conditions improve.

After Letting Them Know

Eyes will be turned your way for a while. Everyone wants to make sure there’s no post-decision problems. So buckle down and prove that all is fine.

Don’t go around bragging that you were the first choice. If need be, offer to collaborate on picking someone else for the promotion. You might point out a qualified colleague who hadn’t been considered.

Keep being the loyal employee people rely on. As time goes by stay attuned to other chances for getting ahead. Be on the boss’s radar at the right moment and get the advancement you deserve.