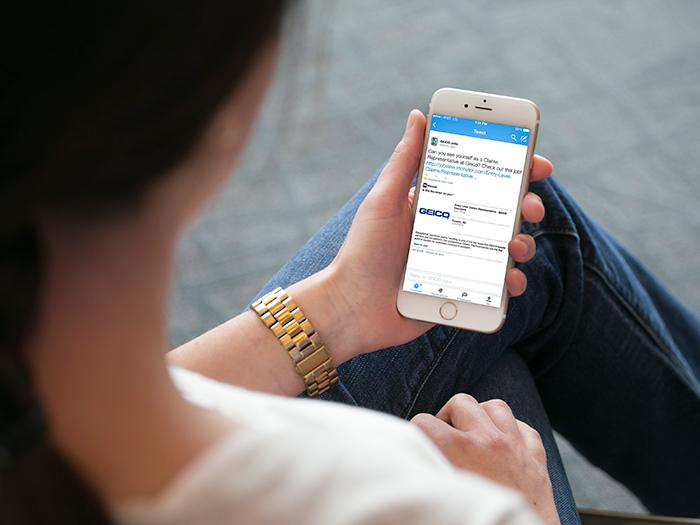 One in six employees have been bullied. In the last six months, one in ten employees has been bullied, and one in five employees has seen a coworker bullied. On a provincial level, a number of different approaches have been taken. Quebec started to take measures in 2004 and some others like Ontario and Manitoba have anti-bullying legislation in place, with mixed opinions to their efficacy, while other provinces have opted to address bullying in different ways.

Monster’s career advisor, Colleen Clarke, who teaches a course called “The Respectful Workplace,” agrees that issues of bullying at work are coming up more and more. “There’s always been some sort of bullying going on, but I think it’s become much more rampant,” Clarke says. “As a result of so much stress, overwork, imbalance in the workplace, people are lashing out. They’re bringing their private lives to work and work lives home. The long hours people are working, the downsizing epidemic, and the constant fear that people have that they must outperform all the time, are all contributing to an unhealthy workplace.”

While the behaviour has always been there, bullying is not a word we’ve used in the workplace until the last couple of years, points out Clarke, because it’s become much more noticeable. Even films like “Mean Girls,” have helped to draw attention to this epidemic.

Bullying is a form of workplace violence. It is an offensive behaviour, a grab for control, and an exercise of power that attempts to undermine an individual through humiliation. Bullying is vindictive, cruel, and malicious conduct that takes the form of verbally, social, psychologically, and/or physically hurting someone. The attacks are unpredictable and irrational.

Clarke identifies the difference between harassment and bullying. “Harrassment is not necessarily ongoing. It’s not particularly meant to intimidate. It could be that someone makes fun of the fact that you wear a turban. It might only happen once,” she explains. “Bullying, on the other hand, constitutes repeated incidences, a pattern of behaviour. It’s intended to intimidate, offend, or humiliate a person. Bullying is a form of aggression, and while the actions can be obvious or subtle - it’s intended.”

Bullying can happen at every level of an organization, and is often tolerated in highly competitive, result-driven fields. The Canada Safety Council describes it as “the assertion of power through aggression.”

In this featured report, Monster takes a closer look at the workplace bullying phenomenon:

Who are the bullies and their targets?
What are signs of bullying?
What is the impact?
What to do is you’re being bullied?
What is your employer’s responsibility?

Bullies and Their Targets

According to the Canada Safety Council, 80% of bullies are bosses, some are co-workers, and a minority bully higher-ups.

Clarke thinks that our increasingly harmful lifestyle helps to breed bullies. “Everything from the food that we eat, the chemicals we breathe, too much drinking, people being tired, people feeling cheated, people taken advantage of – this all contributes to bullying behaviour.”

She’s seen firsthand how a lot of bullying comes from management. “I think a lot of that goes back to power issues – the pressure that is put on the managers to perform,” she says. “If you’re not a trained manager with lots of experience, you might need to take it out on other people; you might need to take your own inadequacies out on others. You have the power – you have positional power which allows you to get away with it until somebody files a complaint.”

Regardless of their position, bullies usually fit the following description:

Oftentimes, bullies have been victims of violence themselves, and most are not as tough as they make out to be. They’re motivated, in most part, by jealousy, lack of knowledge, fear, or misunderstanding. What’s alarming is their ability to shift from charming to vicious in a matter of minutes.

Clarke points out that a lot of workplaces are now adapting “360 evaluations,” which means that the manager goes to each member of a team or department and asks for what he/she thinks about everyone else on the team. So, if there’s jealousy or resentment between coworkers – it can manifest in a negative peer reviews. People can be ganged up on, and get hit from all sides.

Who are targets of bullying?

The common stereotype for a target of bullying is weak loner, with low self-esteem. The reality is that bullies target anyone who they consider a threat. As Clarke quips, “Who gets bullied? It’s like who eats chocolate cake?” Sometimes this means the bullied person does have an anxious disposition, but just as often, a bullied person will be very capable, popular, and successful. Other times, the bullied person has a strong personality – someone who says what he/she thinks and refuses to compromise.

One of the only common traits found in people who are bullied is a non-confrontational style.

Clarke says a target for bullying is always a person who somehow threatens another person’s security. Clarke had a client who was hired at a company because she was able to do aspects of work that her other team members couldn’t do. She had more skills that the rest of them, and was thus paid more money. “Her team-mates found out how much money she was making compared to them and they bullied her for the length of her stay there,” says Clarke.   “Why?  Because their security was threatened.” She only lasted six months before she was actually fired.

Not surprisingly, men and women bully in different ways.

According to Clarke, men are more blatant and denigrating in their bullying and often pull more pranks: “Men who work in skilled trades, for example, have to work together in large teams. And they form cliques just like women do – but they’re more like packs. It’s ‘us’ against ‘them’. It’s just like street gangs, where you’ve got the kingpin and the henchmen.”

“Women are much more caddy,” she continues. “They go straight to your emotions. They’d go after you because of the way you look. You’re chubby or you don’t have the right clothes… whatever. It’s more of an emotional attack than with the guys.”

But members of a group can easily turn on themselves. Colleen has conducted workshops for a particular group in an organization in which one member is promoted from within. “All of a sudden his rank changes,” she explains, “and if people don’t think that he should have gotten the job, they set out to make his life miserable… and they can be very sly about it. Nobody might be able to catch anybody for anything, but it still happens.”

April 6, 1999, in Ottawa, a former employer of OC Transpo went on a shooting rampage, leaving four employees dead, then took his own life. The killer had been a victim of workplace bullying.

Certainly, the consequences of workplace bullying are not usually this extreme.

That said, people who are bullied experience some serious psychological and physical ailments, which leads to a poisoned work and home life.

They feel less confident and plagued by self-doubt, fear, anxiety, and/or depression. They develop low self-esteem and become irritable. Demeaned and inadequate, bullied people feel as if they can never do anything right.

Many start depending on sleeping pills and sedatives to get them through the night and painkillers to numb themselves during the day. Not surprisingly, they no longer trust their employer or their coworkers, and want to stay away from work. More likely to make mistakes or have accidents, targets of bullying are also frequently ill because they go to work so nervous and anxious that their immune systems are compromised.

As bullied people become more obsessive about the situation, family and friends suffer along with their daily stress and breakdowns. Bullied employees waste between 10-52% of their time at work thinking about the situation, defending themselves, and networking for support.

What To Do If You're Being Bullied

What happens if still nothing is done?

Combatting the bullying epidemic starts in the workplace with mandates set by employers. Employers have a responsibility to create a healthy, respectful environment for their employees. According to the Canada Safety Council, organizations who manage people well outperform those who don’t by 30-40%.

What, as an employer, can you do?

“Right now, with harassment,” Clarke explains, “you can go and put in a complaint and a discovery has to be made on that complaint. With bullying, there are no legal ramifications. That’s part of the problem – more often than not, it just gets swept up under the carpet.”

“I believe that the HRPAO (Human Resources Professional Association of Ontario) has cited this certainly as an issue that needs to be dealt with. But it really takes a lobbying group to move this kind of thing forward.”

Clarke’s message is simple: “Be nice, or else the world’s going to jump up and bite you in the bum one day, and you’re going to get it. What goes around comes around.”

Clarke sees results – even if just small improvements – through her “Respectful Workplace” workshop. “Often, people don’t even understand that they are bullying others,” she explains. “They don’t understand that their behaviour is considered to be illegal behaviour, and that the victim has every right to step forward and put in a complaint. If you’re ever found out – if you get fired for harassment or bullying – that goes on your permanent record. Try getting another job somewhere.”
As a general rule Clarke advises to simply keep comments to yourself. “The workplace is not a place to voice emotions or opinions about your fellow workmates. One day,” she warns, “one of those people could be promoted from within and you are going to be toast.”