The Biggest Workplace Nightmare For Many Canadians

Do you know which workplace nightmare will scare 42% of Canadians out of their job? 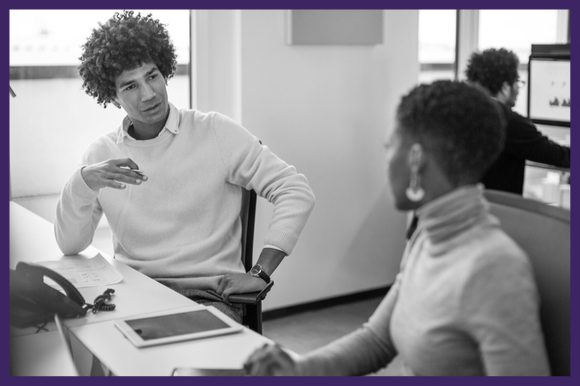 Halloween is an excellent time for a monster movie marathon, but for many Canadians, the horror persists long after October 31st, in the form of nightmarish bosses. A recent survey conducted by Leger on behalf of Monster Canada found that nearly half (42 percent) of Canadians have left their job because of their boss.

People seek new roles for a variety of reasons, but quite often people don’t leave their jobs, they leave their bosses. These poll findings indicate that this isn’t an isolated phenomenon – a significant amount of Canadians have pursued a new position as a direct result of a bad boss.

When every day is Friday the 13th

The survey found that it’s not just one type of monstrous manager wreaking havoc on Canadian workers. Canadians have experienced a range of spooky bosses, including:

The daily experience in any workplace can vary significantly from person to person – all it takes is one negative working relationship with a boss to make work unbearable. Even more pronounced for those who might already feel unappreciated or frustrated in their current role. Bad bosses are also a source of tension for the entire workplace, impacting productivity and morale.

The creature in the black suit

While Canadians have experienced a range of foul bosses, there are some types they find especially frightening. When asked what the top two scariest managers were, more than half (54 percent) of Canadians indicated that the tyrannical “Cruella de Vil” boss was the most frightening, followed by the unpredictable “Jekyll and Hyde” manager, at 36 percent. Rounding out the top three scariest bosses was the blame-oriented “Werewolf,” with more than one-third (35 percent) expressing fear for this type of leader.

Avoid a nightmare on Bay Street

A demanding boss can sour a work experience; it can impact employee satisfaction significantly. People shouldn’t have to settle for a negative work culture, and the ideal job should include a positive and productive relationship with your superior. If it doesn’t, you should find a better one.

To help Canadians find the workplace that’s right for them, Monster Canada has prepared the following list of steps to consider:

Are you ready to find shelter from the horror and move on to a better opportunity? Join Monster for free today. As a member, you can upload up to five versions of your resume—each tailored to the types of jobs that interest you. Recruiters search Monster every day looking to fill top positions with qualified candidates, just like you. Additionally, you can get job alerts sent directly to your inbox to cut down on time spent looking through ads. Those are two quick and easy ways Monster can help you escape your demonic boss and get on the path to happiness and success.