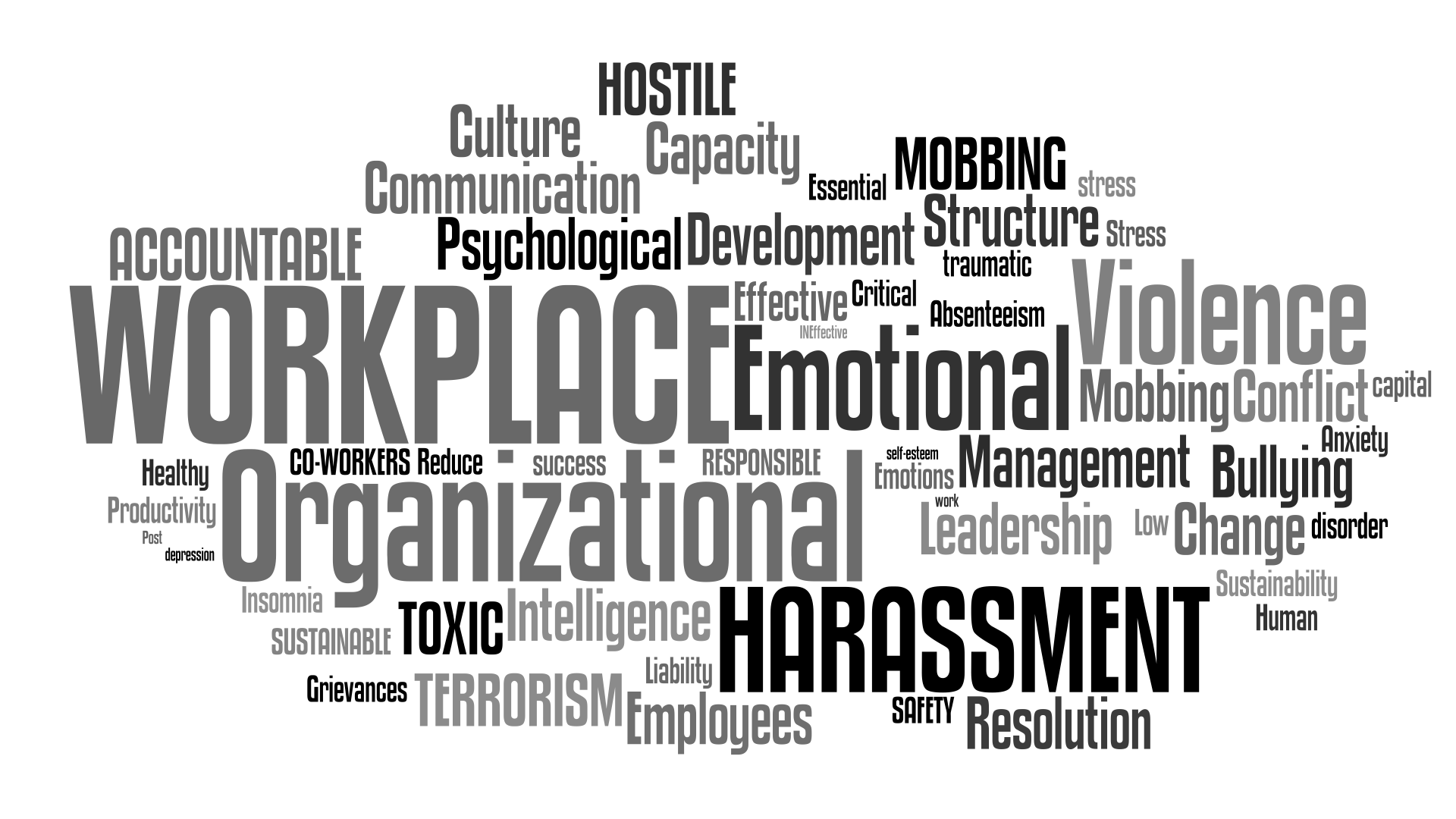 Employers have to make sure your workplace is safe. That covers protection from physical harm. It also applies to psychological abuse.

Your job may have turned hostile if you’re being harassed or bullied. Under certain conditions that can constitute a “poisoned” environment under Canadian law.

Remedies may be available under the Human Rights Act or court action. Have a look at what you might expect if you investigate those resolutions.

What Is A Poisoned Workplace?

Every job has its share of indignities to put up with. Like playful teasing and name-calling. Or harmless though unsolicited flirting.

If those behaviours go from good-natured to offensive, employers have a duty to prevent – or deal effectively with – this harassment. Letting the situation persist means they aren’t fulfilling their obligation.

At a point where you feel unwelcome (or unsafe) at work because of the company’s failure to resolve the problem, its environment may have become poisoned.

Which Types of Harassment Are Included?

It’s not so much the type of abuse that matters. What counts is whether the employer has in place policies and procedures to deal with harassment, and if they make a proper effort to ensure that it’s dealt with appropriately.

So pretty much any form of tormenting can qualify. These are some of the common ones:

Basically if the behaviour is degrading, menacing or abusive you should consider reporting it.

When Does This Become A Human Rights Issue?

One avenue to pursue for legal relief is a provincial Human Rights Commission. They base their decisions on Canada’s Human Rights Act.

Note that an employee who is called names (such as stupid, useless) by a co-worker will not be able to make a complaint to the Commission if those comments aren’t based on a protected ground such as mental disability.

A Commission can order financial penalties against the employer. It can also compel them to make changes that solve the dispute, and may monitor the employer for several years if necessary.

Can A Poisoned Workplace Be Sued for Constructive Dismissal?

In employment law there is something called constructive dismissal. It deals with changes in work conditions that may void the employment contract.

If an employer fails to protect its workers from harassment, bullying or discrimination, some courts have found the company guilty of fundamentally changing the terms of employment.

For a workplace to be deemed poisoned, and for this to be considered constructive dismissal, an employee has to demonstrate that serious wrongful behaviour has occurred repeatedly or in at least one intolerable incident.

The employee also bears the burden of showing that a reasonable person in their position would have viewed the employment relationship as at an end due to the alleged conduct.

A plaintiff’s subjective feelings or genuinely held beliefs are insufficient to meet the threshold of proof. It’s best to get some free or inexpensive advice from an employment lawyer before proceeding.

To Complain Or Not?

Being harassed at work ranges from being an annoyance to posing an actual threat. Your judgment on what to put up with matters here.

If you inform your employer of intolerable conduct they must investigate and ensure it abates. Otherwise it creates a poison workplace. Knowing your legal rights as an employee will aid you in deciding what to do next.